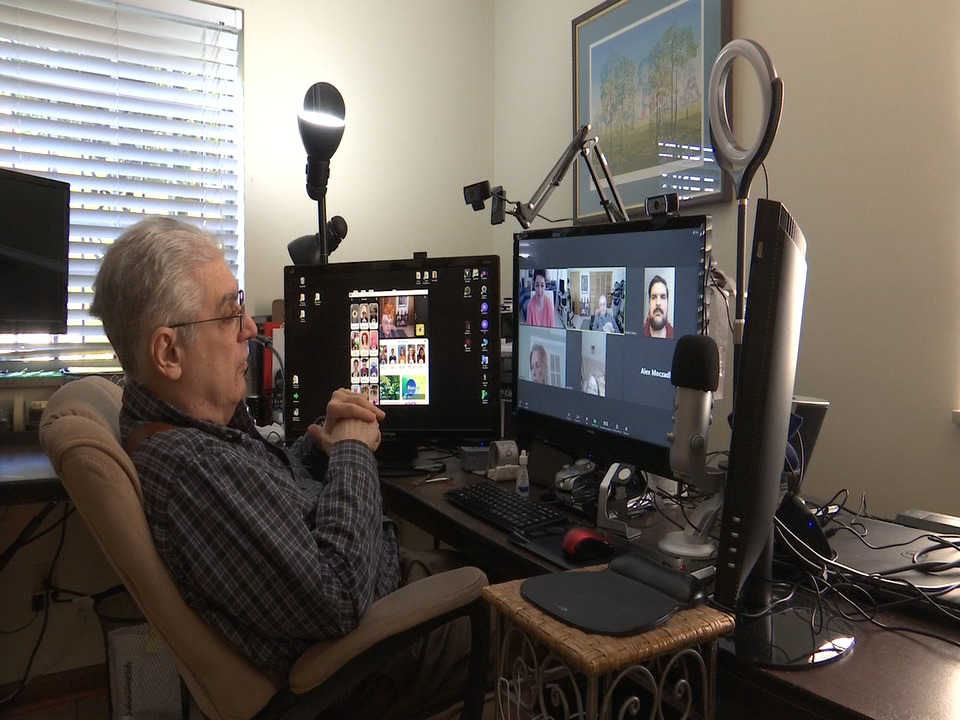 KNOXVILLE, Tenn. (WATE) — April is Autism Acceptance Month. It’s a time to spread awareness about the many people living on the spectrum and promote acceptance.

Autismsociety.org defines Autism as “a complex, lifelong developmental disability that typically appears during early childhood and can impact a person’s social skills, communication, relationships, and self-regulation. Autism is defined by a certain set of behaviors and is a “spectrum condition” that affects people differently and to varying degrees.”

Ramon Leon is one of many living on the spectrum. He is a retired University of Tennessee professor and he now works with people like him to help them accept themselves the way they are.

Like the thousands of books that sit on his shelves, Ramon’s brain is filled with facts. He’s mathematically gifted, loves technology and statistics. He says he’s addicted to knowledge. He spends hours a day reading and studying various subjects.

Out of everything he’s studied, Leon knows the most about Autism. He’s living with it.

“People with autism have a different way of looking at the world. Think about people with autism as people have different operating systems,” Leon said. “It is not a handicap, at least on my level, it is a tradeoff. People who have autism like me tend to be very organized mentally.”

Being on the high functioning end of the spectrum, most people never suspect a thing.

“You know if I meet with somebody for a while, like a short period of time, they can never tell,” Leon said.

If you spend a little more time with Leon, you start to see his quirks. But he says the quirks are his superpower. Today, he uses those powers for good. He works with Breakthrough Knoxville, leading a support group each week for people just like him.

“I was retired and I figured that I got to do something to help people. And I was surprised because I went there with the attitude that I was going to help people, but I ended up finding out that it was also helping me,” Leon said.

It’s a big step for Leon. Statistics may come easy to him, but interacting with people in social settings does not.

“I have a really hard time when there are more than two or three people,” Leon said.

But he pushes through the things that make him uncomfortable, determined to help make people like him feel comfortable in their own skin.

“They love me and I love them and we accept ourselves the way we are and we don’t call each other weird and whatever so we have full acceptance of each other in this group,” Leon said.

Leon says when he was younger it was hard for him to fit in. He struggled with depression until he found people like him who he could share his interests with.

His goal now is to educate people about Autism and show that life can still have purpose even while living on the spectrum.