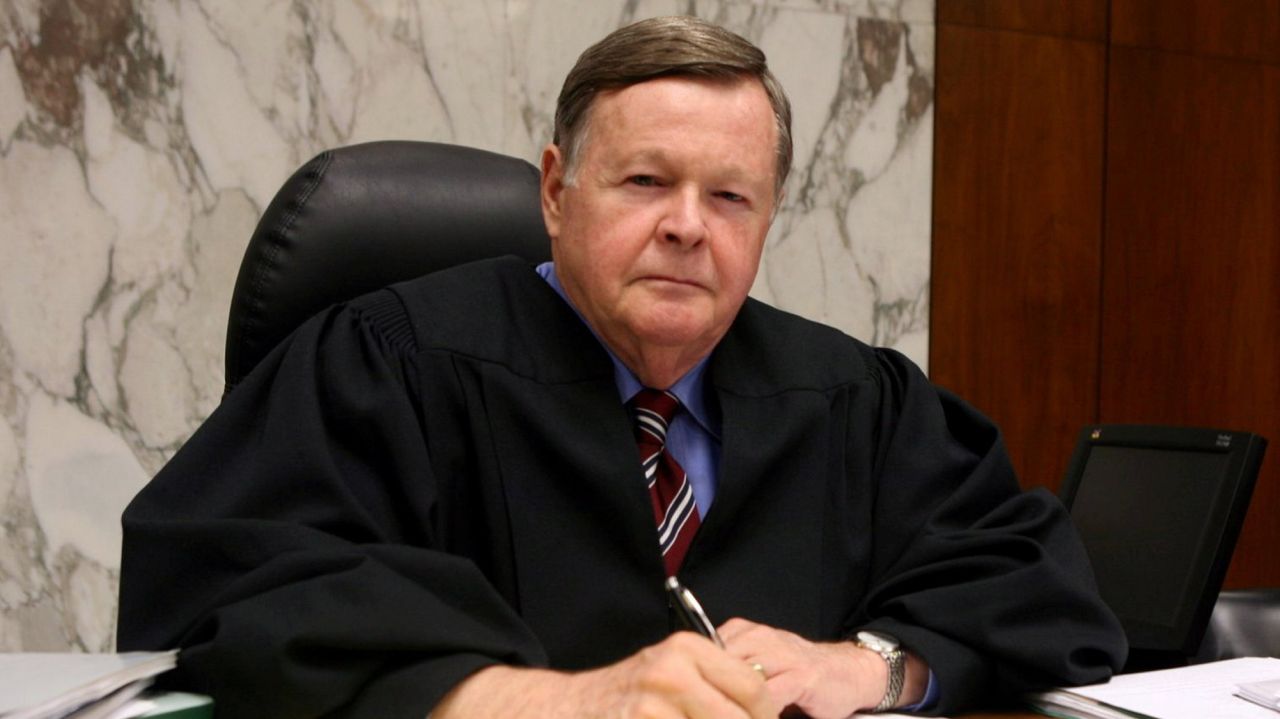 Early in his career, Winslow was part of the defense team for the “bagman” who delivered hush money to the Watergate burglars, a role he would document on his resume for decades. Later, he developed a specialization in medical malpractice and personal injury law as a private practice attorney.

Then in 1997, Winslow took the seat on the bench in Nassau County that voters elected him to, a role he relished as someone who strove to deftly mediate disputes and give voice to underdogs, family and a former colleague said Friday.

Winslow, 82, died May 15 at St. Francis Hospital & Heart Center after several weeks of hospitalization, according to his daughter.

“He was practicing up until the day I took him to the hospital,” Jennifer Winslow, 49, of South Huntington, said Friday of her father’s love of the law.

Sometimes Winslow’s practice of law meant time in the spotlight, like when he testified before the U.S. House Judiciary Committee about the mortgage foreclosure crisis in 2010 or made rulings in high-profile local cases.

Read through the stories and memories of our loved ones, friends and family who have passed away.

One such case was in 2013, when he ordered Nassau prosecutors to turn over “every piece of paper” from the Jesse Friedman case to the convicted sex offender except for victims’ names as the former Great Neck man pursued a claim that he was coerced into a 1988 child molestation plea.

Other times, Winslow’s time on the bench meant trying to help troubled people who turned to the court system for relief they couldn’t find elsewhere, according to his former principal law clerk, attorney Rachel Zampino.

She recalled Friday how years ago a brokenhearted pet owner filed a lawsuit against a veterinarian who mistakenly had euthanized her cat and how Winslow “let her have her day in court” and didn’t immediately dismiss the case.

“The way he talked to people, he didn’t come from on high … I think he really prided himself on giving the underdog a voice,” Zampino said.

Born in 1939 in New York City, Francis Dana Winslow Jr. grew up in upstate Warwick as the oldest of five siblings on a property with an apple orchard, according to his family. They said he later went on to serve in the Army in intelligence in the early 1960s.

Winslow earned an undergraduate degree from American University in 1966 before graduating from Catholic University of America’s law school in 1969.

His time in the Army included a post in Korea, where he developed an interest in martial arts that led to him becoming skilled in multiple such disciplines and to his role years later as legal counsel to the 1993 Tae Kwon Do World Cup Championship, said his son, Andy Winslow, 55, of West Babylon.

“He never did anything halfway. Anytime he did anything, it was 110%,” he added of his father.

An accomplished equestrian, Winslow also served for decades as a board member of Winslow Therapeutic Riding Center in Warwick, a nonprofit that provides equine-related therapy for the disabled that includes horseback riding, his family said.

Winslow’s other survivors include his wife of 36 years, Beverly Bell Winslow; his son, Michael Winslow of Encino, California; his brother, Peter Winslow of Asheville, North Carolina; and three grandchildren.