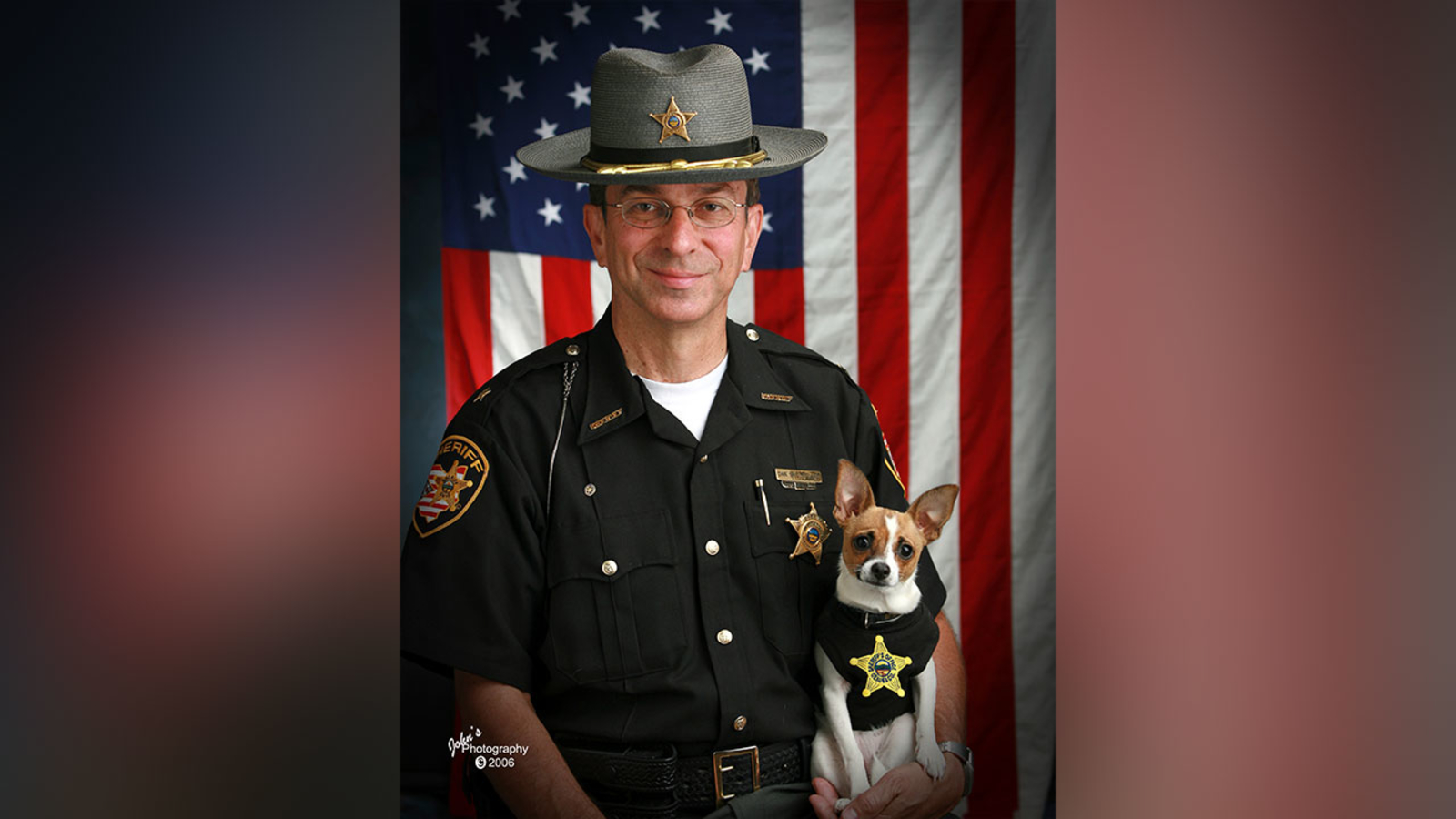 CLEVELAND — The Ohio county sheriff and his tiny police dog were inseparable, their lives unwaveringly intertwined.

It thus seems fitting that retired Geauga County Sheriff Dan McClelland, 67, and his crime-fighting partner Midge, 16, would both die on Wednesday – McClelland, at a hospital after a lengthy battle with cancer and Midge, a few hours later at home, perhaps of a broken heart.

McClelland retired at the end of 2016 after 13 years as sheriff in this semi-rural county east of Cleveland. He spent 44 years total with the Geauga County Sheriff’s Office and a decade alongside Midge, a drug-sniffing Chihuahua-rat terrier mix certified by Guinness World Records in 2006 as the smallest police dog on the globe.

He and Midge – but especially Midge – were rock stars in Geauga County. Wherever McClelland went, Midge was by his side. At the office, she would nap on a dog bed beside his desk. Schoolchildren were enthralled during their visits.

McClelland’s successor, Sheriff Scott Hildenbrand, recalls driving a golf cart with McClelland and Midge in the passenger seat at the Great Geauga County Fair. He said it was a slow ride as people flocked to them, petting and fussing over Midge.

“He used to joke that people would see him in a parade in a car and would say, ‘Hey, there’s Midge and whatshisname,'” Hildenbrand said. “I think she was more popular than him.”

Retired Lt. John Hiscox, a longtime spokesperson for the sheriff’s office, put it this way: “It was like bringing Elvis Presley to the midway.”

VIDEO | Dog stops traffic to save owner having a seizure

Despite her size, Midge was no slouch when it came to her job. It was McClelland who decided that Midge, the runt of her litter, would make an ideal drug-sniffing dog.

Unlike large and more aggressive police dogs, the mild-mannered Midge would search vehicles without tearing up upholstery or leaving muddy footprints. Searching underneath vehicles was never a problem.
Their partnership led to appearances on daytime television talk shows and mentions in national magazines, including Playboy. She maintained her K-9 certifications until their joint retirement.

Hildenbrand said he was surprised when McClelland decided to retire and begin traveling the country in a recreational vehicle with his wife, Beverly, and, of course, Midge.

“He spent 44 years protecting people in this county and, quite frankly, he loved his job, every minute of it,” Hildenbrand said. “I thought he’d never retire.

McClelland was a good leader who always had the best interest of the county and community in mind, Hiscox said.

“He was fair and was not afraid to make a decision,” Hiscox said. “He was always willing to listen, but when he made a decision it was final.”

The family said McClelland and Midge will be buried together.

Copyright © 2021 by The Associated Press. All Rights Reserved.