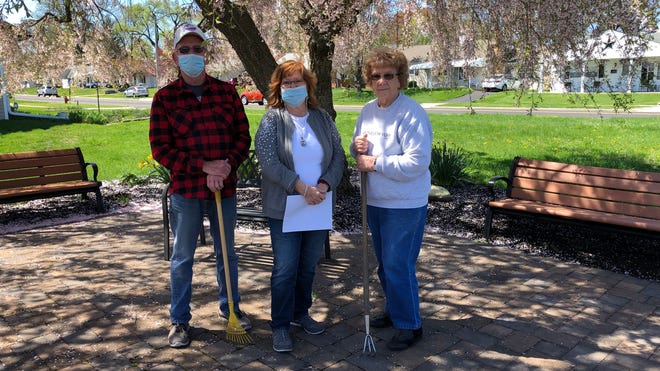 Long-time Newtown resident Irene Fisher celebrated her 100th birthday earlier this month during a party throwing by the Friends Home & Village in Newtown, a retirement community where she now lives.

The festivities included a video from members of Solebury Friends Meeting, a Zoom video conference with guests signing on to wish her well, and a special, virtual visit from Pennsylvania State Sen. Steve Santarsiero, D-10, Lower Makefield.

A native of High Point, North Carolina, Fisher excelled in school and earned a degree from the University of North Carolina in English literature.

She married Ralph Payne in 1944, at the end of World War II. They migrated north following their Quaker connections to Bristol, where she became a teacher. She taught English for many years at Council Rock High School, eventually becoming head of the department.

Payne died in 1956, leaving Fisher to raise three young children as a single, working mother. In 1966, she married Jack Fisher, an industrial arts teacher at New Hope-Solebury School whom she met when he visited Wrightstown Meeting. She became stepmom to Jack’s daughter, Tina.

The couple moved to Friends Village in 1998. Jack Fisher died the following year.

“I am surrounded by my books, my plants, my friends, and so very often my family,” Irene Fisher said to her birthday guests. “Many of you are far away, and to all of you I send these words; learn to love the growth in everyone and remember the wisdom of staying close to nature.”

When asked how she feels about turning 100, Irene says, “I recommend it.”