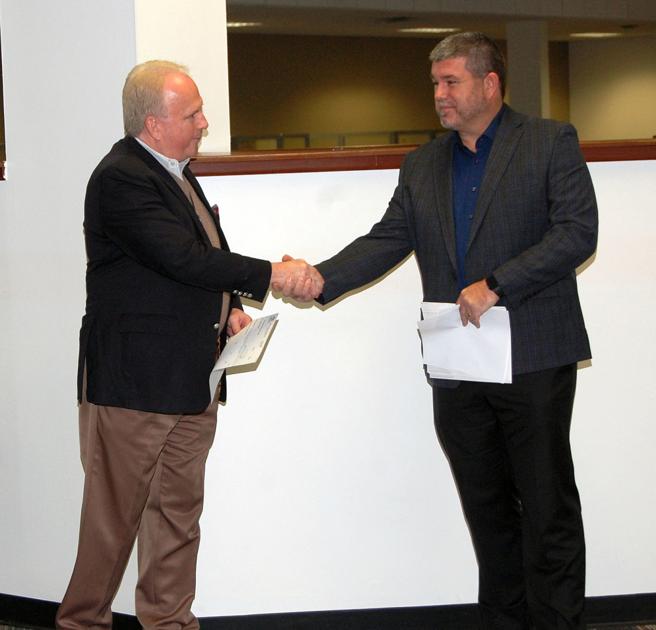 Ron Reedy, principal of Sissonville High since 2011, is retiring June 30.

He started work at the school in 2008 as an assistant principal.

“Travel is going to be my big priority,” Reedy said. He also plans to spend time at his house in North Myrtle Beach, S.C.

The Kanawha County Board of Education accepted the decision Monday. Schools Superintendent Tom Williams said the job will be posted.

The state then switched to using the SAT college entrance exam as its standardized test in 2017-18 and 2018-19. In the latter school year, Sissonville was the lowest-performing of Kanawha high schools in math and second-lowest — ahead of only Riverside High — in English. Sissonville’s math proficiency rate of 19% was below the 24% state average.

No standardized tests were administered last year amid the COVID-19 pandemic.

Reedy cited single-parent homes, lack of strong parenting and economic disadvantages. He said both teachers and students alike work hard, “but you still have to overcome lots of barriers that you have very little control over.”

“We have our struggles just like everyone else, and there’s a long way to go to where we want to be, but we’re making progress,” Reedy said.

The school’s enrollment was 606 in the fall, slightly higher in the previous three years and up nearly 7% from the 2016-17 school year. Enrollment is still down from the roughly 640 students seen in the years before that.

Before arriving at Sissonville, Reedy taught theater at the relatively new Riverside High, he said. He said he built the theater program there with the support of the administration.

He had recently moved back to West Virginia from California to care for his grandmother, who raised him, Reedy said.

Between leaving Riverside and starting at Sissonville, he said, he returned to California and worked as a writer and director and had other roles in show business.

He said he now might return to directing plays.

“I would say that my time at Sissonville High School has been the most rewarding, purpose-filled time of my entire life,” he said. “Working with my kids, as it turns out, was my true vocation.”