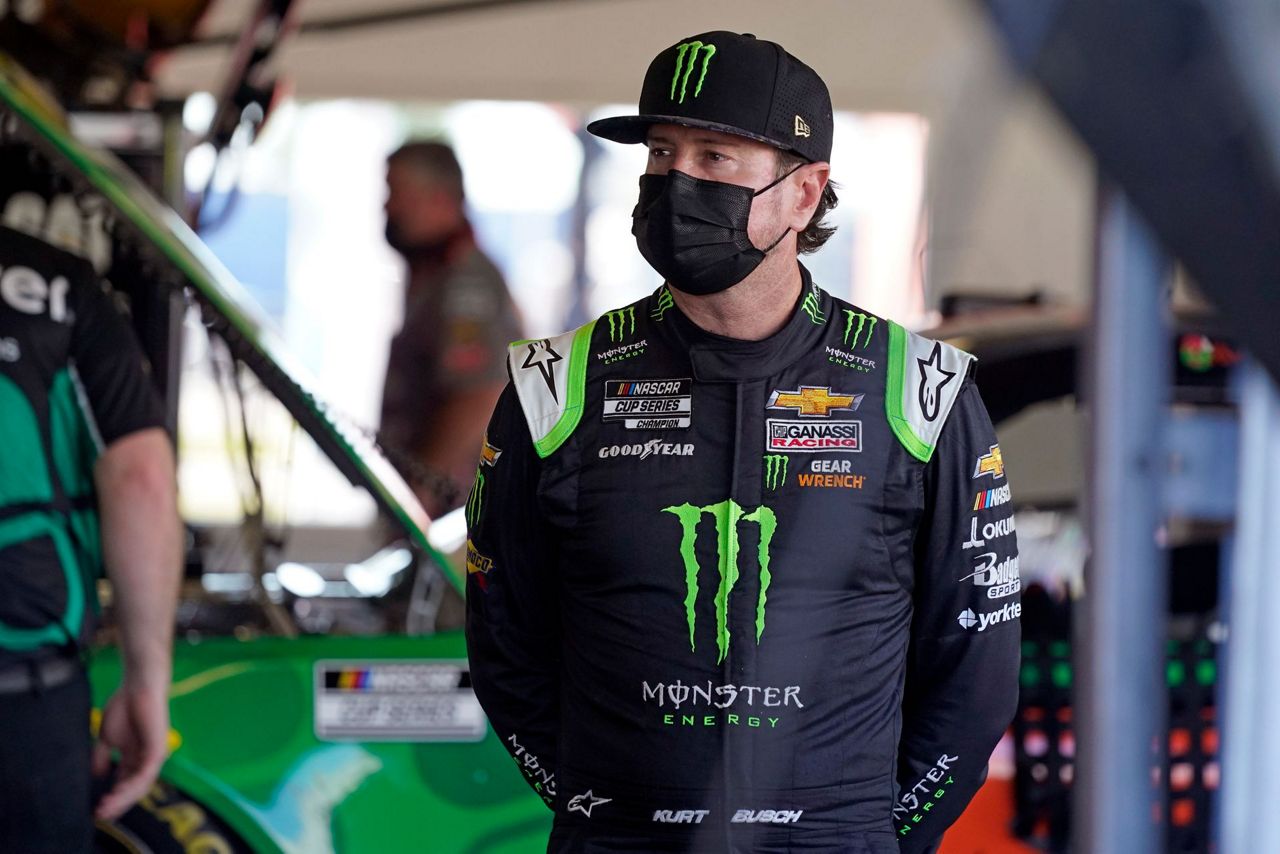 DAYTONA BEACH, Fla. (AP) — Kurt Busch dropped a cinematic short two days before the Daytona 500 that blew the budget, featured a Vanilla Ice cameo and hinted at his NASCAR retirement.

The 2004 NASCAR Cup champion did not definitively say whether he’s planning to hang up his helmet at the end of the year.

“If you’re asking me if this is a retirement video, I’m leaving it open for interpretation,” Busch told The Associated Press on Saturday. “There’s subliminal messaging everywhere. It’s a reflection of my career, of winning.”

The “Shifting Gears” video drips with clues that the 42-year-old Busch has at least considered walking away at the end of this season. He has spent the last two seasons with Chip Ganassi Racing and his contract is up at the end of the season.

Busch takes a call in the video from Tampa Bay Buccaneers star tight end Rob Gronkowski, who came out of retirement to win a fourth Super Bowl last week and implored the driver not to call it quits.

“Is retirement for me? Am I ready to retire? I won it all. I’ve done it all,” Busch narrates in the video. “I’m so very satisfied.”

One of the closing images features Busch boarding a private jet and flying off into the sunset.

Busch has 32 career victories and last took a checkered flag in September in his hometown race in Las Vegas that qualified him for the third round of NASCAR’s playoffs. Busch also tested NASCAR’s Next Gen car that is set to debut next year.

Will he stick around with Ganassi to race it?

The 9-minute video was filmed in collaboration with race team sponsor Monster Energy, and production required working with Florida tourism bureaus about closing bridges and working with the highway patrol so he could race down empty streets. He used a car he had raced at Michigan Speedway and topped 200 mph as he streaked over the historic Seven Mile Bridge in the Florida Keys.

“Who gets to go and take a NASCAR car to Key West at 200 mph,” Busch asked. “I was told the budget and then I chipped in to get a quality engine from Hendrick. Ganassi put the car together for me.”

Busch even wrote part of the script, including a “breaking news” scene with Fox Sports NASCAR announcer Michael Waltrip. Gronkowski partied in victory lane when Busch won the 2017 Daytona 500 and the fellow Monster athlete says: “Don’t do it, man! Don’t retire!” Busch lives in South Florida near Vanilla Ice, the “Ice, Ice, Baby” rapper who pulls up next to the Chevy and gets caught up in smoke from a burnout.

“The acting isn’t all that great,” Busch said, laughing.

Whether this was a true retirement video, simply a marketing ploy for the energy drink or even a negotiating tactic for another contract remained unclear. But whatever the outcome, Busch hasn’t decided when to finish racing. He was sixth in the 2014 Indianapolis 500, raced twice in the Rolex 24 endurance race and has eyes on the 24 Hours of Le Mans and the Baja 1000.

Busch starts 20th in the No. 1 Chevrolet in Sunday’s Daytona 500, perhaps his last one.

“I don’t have answers on the NASCAR future,” he said.

Copyright 2021 The Associated Press. All rights reserved. This material may not be published, broadcast, rewritten or redistributed without permission.