Rafael Nadal — ‘Can’t predict my future,’ but no thoughts of retiring 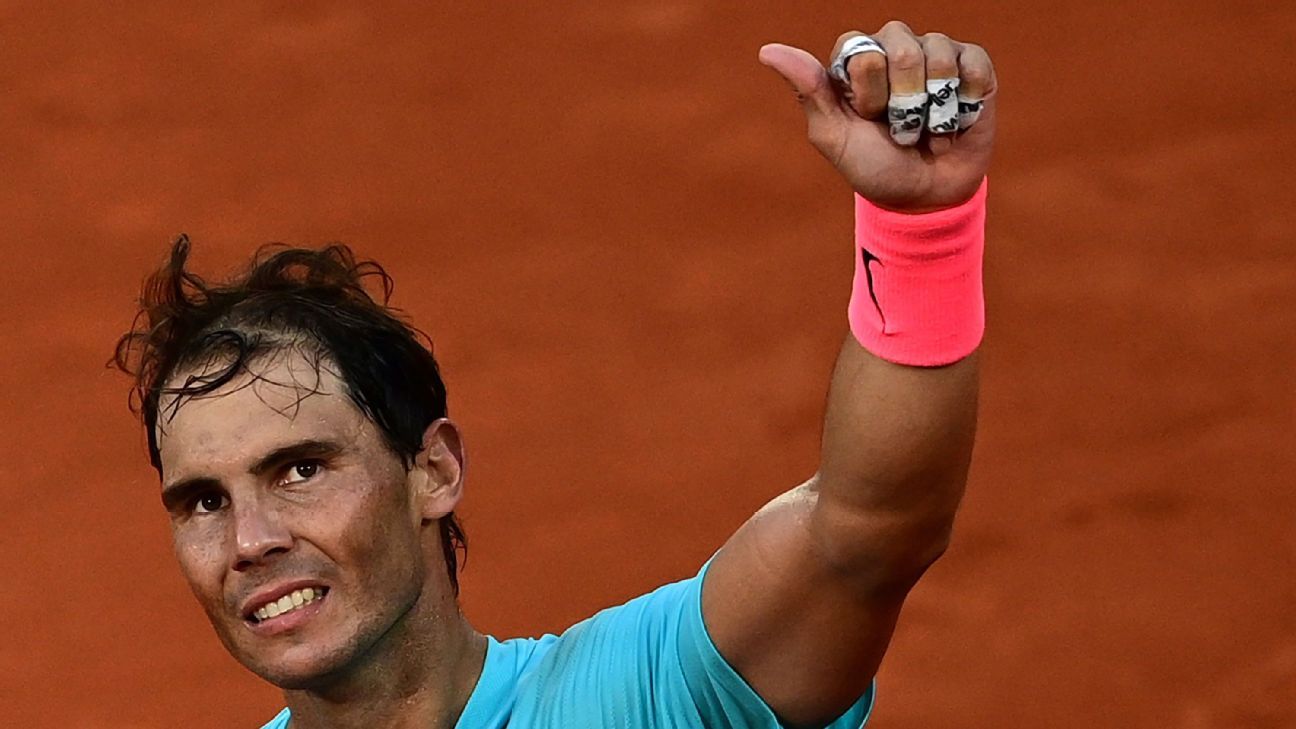 MADRID — Less than a month from his 35th birthday, Rafael Nadal says he is not thinking about retirement at all.

Speaking by video conference Thursday after winning his fourth Laureus Award, the 20-time Grand Slam champion was asked how many more years he wants to play.

“Well, thanks for the question, but no idea,” Nadal replied. “I can’t predict my future. I am not worried about that. When the day arrives, I’m going to know.”

Nadal said that day will be when he no longer feels that he “can keep fighting or keep enjoying the competition at the level I am used to.”

His honor as Sportsman of the Year during a digital ceremony from Seville, Spain, was not the only Laureus Award for someone from the world of tennis: Naomi Osaka was selected as Sportswoman of the Year, and Billie Jean King got the Lifetime Achievement Award.

Among the other recipients Thursday were Formula One world champion Lewis Hamilton, who was the first winner of the Athlete Advocate of the Year for his work against racism; Kansas City Chiefs quarterback Patrick Mahomes (Breakthrough Award); Canadian snowboarder Max Parrot (Comeback Award); Bayern Munich (Team of the Year); and Liverpool star Mo Salah (Sporting Inspiration Award).

Nadal, who is competing this week at the clay-court Madrid Open, adds this latest Laureus recognition to his 2006 Breakthrough Award, 2011 Sportsman Award and 2014 Comeback Award.

This one arrives after he won his record-extending 13th French Open championship in October, allowing the Spaniard to equal Roger Federer‘s men’s record of 20 major singles trophies overall.

Nadal can break that mark by winning another title at Roland Garros, where main-draw play begins May 30. He will turn 35 on June 3.

“The titles or the numbers never distract [from] my goal, and my goal is just to keep going. … I am still motivated,” Nadal said. “I would love to give myself a chance to win another time in Paris. Let’s see.”