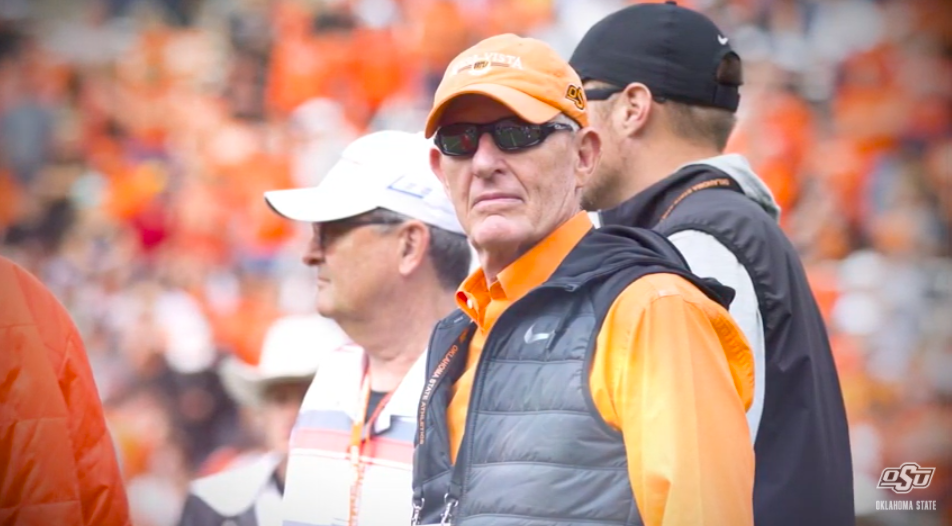 Thursday marks the end of an era at OSU and the beginning of a new one as Mike Holder retires from his role as athletic director and Chad Weiberg steps in to fill the void.

Holder was the AD for OSU for 16 years but has been with OSU in some capacity for more than five decades.

As he steps away from the athletic director position, OSU this week released a retirement video paying tribute to the man who has dedicated countless time, money and resources to improving OSU athletics over the decades. Those tributes came from nearly every head coach at OSU on a video that was narrated by the great Larry Reece.

“He has made perhaps the most significant impact on Oklahoma State athletics, more than anyone else in history,” Reece said.

“Coach is a coach. And as an athletic director, he still thought like a coach,” said hoops coach Mike Boynton. “He understood the things that were necessary to have success.”

“He has constantly upgraded the experience of our athletes,” added baseball coach Josh Holliday. “He’s put them in positions to be successful. It’s people like him that gave OSU a vision to be great and to think that the very best can happen right here in Stillwater.”

“Being able to learn on a daily basis from him, it has lived up to everything I thought it would from day one,” said softball coach Kenny Gajewski. “It’s been a tremendous experience and one I’m going to miss in a big way.”