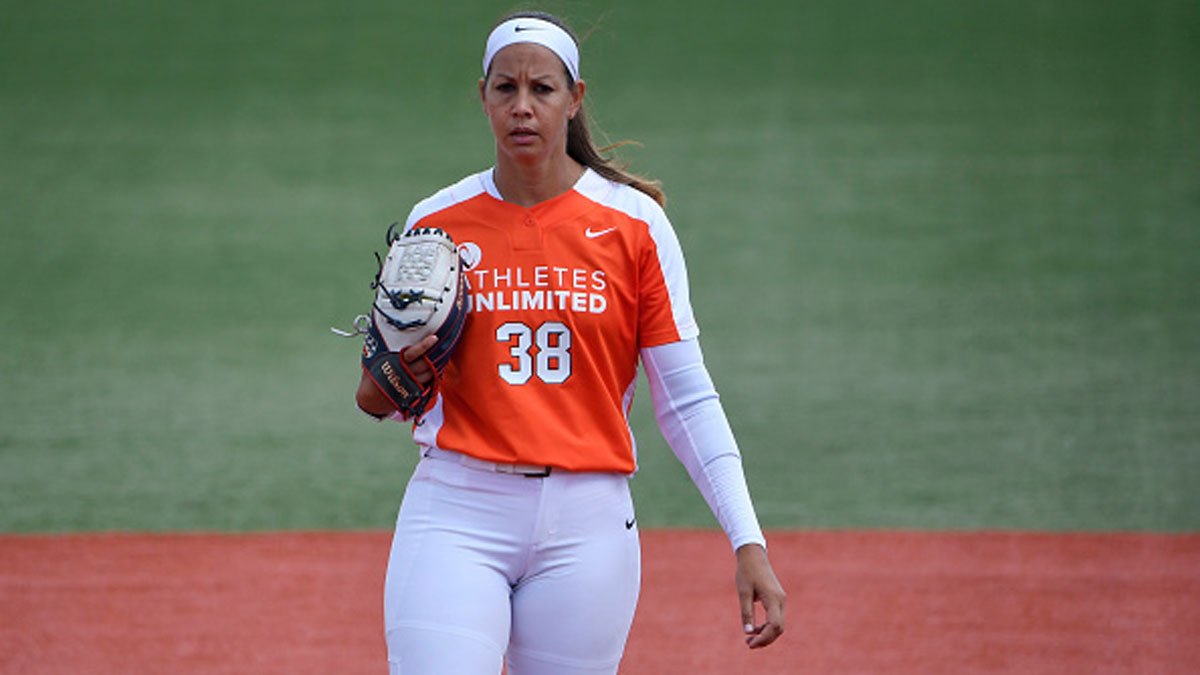 Cat Osterman plans to be just as busy in retirement as she was during one of the greatest softball careers of all time.

The left-handed American pitcher is closing out a decorated career during which she won an Olympic gold medal and two silvers and last year became the first Athletes Unlimited individual softball champion.

Monday is the final day of the Athletes Unlimited season. After that, the 38-year-old Osterman will shift her focus to being a wife, stepmother and director of a youth softball program.

“I find a balance between excitement, sadness, relief — there’s a little bit of all of it,” she said. “I am excited to close this chapter. I know in my heart and mind that it’s time to be done. It has nothing to do with physically and everything to do with just life. It’s time to go tackle something else.”

Osterman was a three-time USA Softball Collegiate Player of the Year at the University of Texas, then had a dominant career with National Pro Fastpitch. She joined Athletes Unlimited last year while looking for a way to stay competitive with the Olympics being delayed a year by the coronavirus pandemic. She decided after winning the title that she would play one last season after the Tokyo Games. She was dominant at the Olympics, throwing 14 2/3 scoreless innings. She started the gold medal game against Japan and threw five scoreless innings in the Americans’ 2-0 loss. The U.S. also won silver in 2008 and gold in 2004.

“The Olympic experience was different, but at the same time, we knew we were still over in the premier sporting arena of the highest stage,” she said. “I mean, you can’t deny that it was an Olympic Games. It was different with no fans. And obviously, COVID protocols changed, even with the villages a little bit. But for the most part, we just focused on playing our game. It was different, but at the same time still thoroughly exciting.”

Though she won’t win the Athletes Unlimited title this year, Osterman has been one of the league’s best performers. She entered the final weekend ranked 10th out of 61 players in points.

She’s pleased with the way her run is ending.

“Softball has been the love of my life for a long time,” she said. “And it’s sad to know that I am walking away from it. But at the same time, I honestly don’t know what else I could give to it. So there’s a relief of just knowing that I’m walking away on my own terms.”

“I think Cat playing with us and then playing so well last season and being such a constructive and positive member of the playing community on the field, but also off the field is probably one of the most important things that’s happened in the short history of Athletes Unlimited,” Patricof said. “She really contributed a tremendous amount.”

She’ll still contribute to the sport. Major League Baseball’s Reviving Baseball in Inner Cities program has an affiliate in Austin, Texas — where Osterman played college ball. RBI Austin approached her about adding a softball program, and she has agreed to take over as director.

“I just thought it was a great opportunity for some of these girls that may not get the opportunity to understand one, what softball is, but two, try it and see if it sparks a passion,” she said. “Because, you know, if we don’t introduce it, they don’t know what possibilities could open up.”