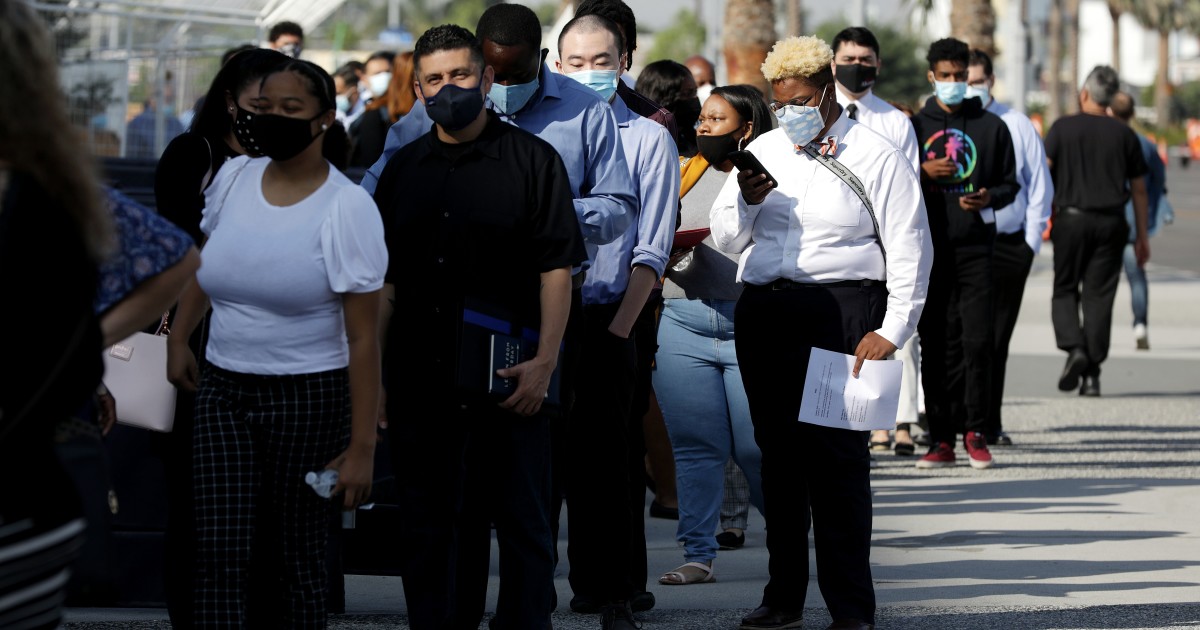 The COVID-19 pandemic and ensuing recession have hit older workers especially hard. Today’s economy is simultaneously pushing out millions who were counting on their paychecks to survive, while trapping millions of others in jobs because they can’t afford to retire.

These seemingly contradictory trends are part of a grim forecast for aging Americans. Older workers (defined as 55 and up) increasingly fear they won’t have a job well into their 60s. Even if they are still employed, that uncertainty undermines a person’s ability to negotiate their deserved pay and proper conditions, even after a lifetime of work.

Research at the New School’s Schwartz Center for Economic Policy Analysis finds at least 1.7 million more older workers retired because of the pandemic recession than would have been expected without the downturn.

These trends are intensifying inequality: Economically precarious older workers are being pushed to retire at earlier ages while more privileged workers — especially those who can do their jobs remotely now — are able to delay retirement.

At the same time, countervailing trends are pressuring millions of elder workers to stay on the job to stave off poverty. Of the 6 million jobs expected to be added by 2029, 4.4 million will be filled by workers over 55, according to the U.S. Bureau of Labor Statistics. From 1995 to 2020, the share of these workers more than doubled, to nearly 25% from 12%.

Some of this increase is welcome news, especially for the college-educated who can command a decent salary, but the myth of the happy older worker obscures a glaring reality: Millions of Americans must toil through their elderly years just to stay afloat.

As the Department of Labor puts it, “The economic downturn, shifting perceptions of retirement, increased workplace flexibility, and the aging of the ‘baby boom’ generation are all contributing to people working longer.” But the department’s list is incomplete: Eroding pensions are a major force compelling people to work longer.

Though a handful of older workers hold the nation’s most prominent jobs — in the Oval Office, in Congress and on the Supreme Court — millions of others labor in dangerous conditions for meager pay (think warehouse and healthcare work, and late-night shifts). There is little reality-based policymaking to fix that.

An Older Workers Bureau would identify, investigate and interpret this population’s concerns and coordinate federal and state policies to help them.

Additionally, it would create policies to advance quality employment opportunities for the group, which is expanding by the tens of millions. It also could probe elderly workers’ special challenges with issues like employer demand for greater output, eye strain from countless hours at the computer and heavy lifting hazards.

The bureau could propose and advocate job training programs targeting elderly workers needing new skills to increase their pay and alleviate physical strain. It also could create a retirement transition program helping lower- and middle-income seniors move from work to retirement when they want to.

Another part of the mission should be to raise awareness of the economic and societal benefits of high-quality jobs for older workers. Improving their pay and conditions would stimulate the economy while reducing elderly poverty.

Some older workers are gaining power, but many more are losing ground as boomers’ wage growth lags behind that of previous generations and as older workers have seen diminishing economic returns for their vast experience: An extra year of experience on the job pays less and less as time goes on. Amid fast-eroding union and job protections and inadequate pensions, older workers have no “walk-away” leverage in wage negotiations.

An Older Workers Bureau could explore why elder labor’s bargaining power has fallen and coordinate an array of federal and state agencies to help these workers find and keep good jobs. Part of this may involve educating employers: In a knowledge-driven economy, more experienced workers add tremendous value and should be compensated accordingly.

Finally, the bureau should explore comprehensive retirement savings reform, strengthening Social Security and creating universal pensions, all of which would improve the economic prospects of all workers. In this sense, an Older Workers Bureau would not only help our laboring elders, but also benefit Americans of all ages.