Newly retired Americans are moving to these cities 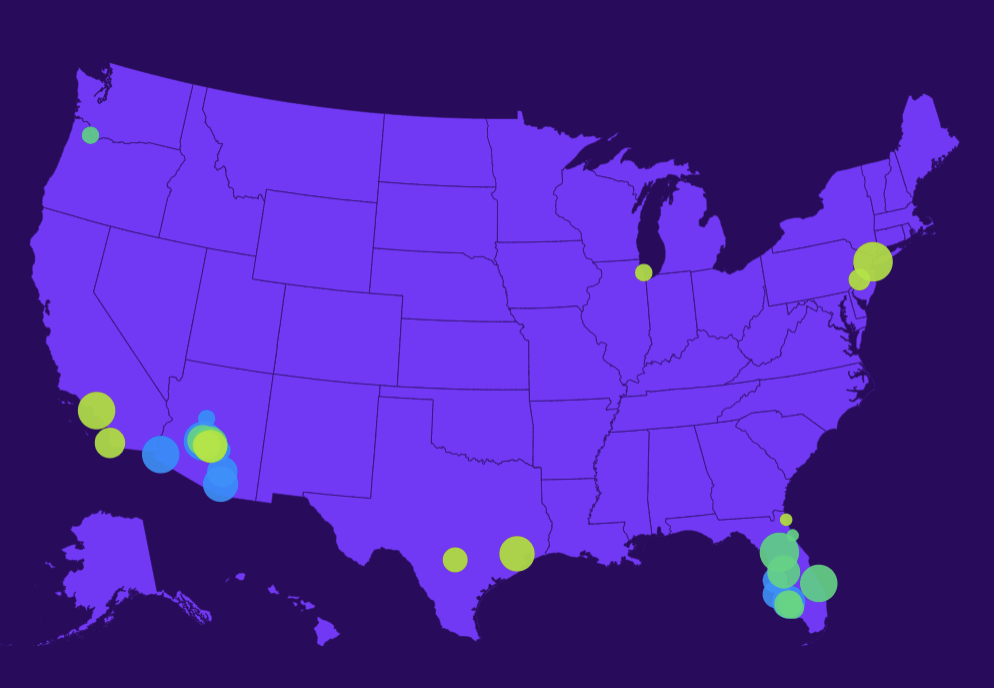 Though retirees typically seek sunshine and low-income taxes, a new study found that seniors’ long-standing love with states like Arizona and Florida might be fading as more flock to larger cities.

AdvisorSmith, which provides business insurance consulting, evaluated the American cities that are attracting the most new residents aged 65 or older using U.S. Census data for people who moved during 2019. The cities were segmented by population into small (between 10,000 and 50,000 residents), mid-size (between 50,000 and 250,000 residents), and large (greater than 250,000 residents).

Read more: Here’s how to get your retirement savings back on track

Retirees looking for a more urban retirement are seeking out megacities like New York (No. 1) and Los Angeles (No. 2), which saw respective senior population influxes of 18,334 and 5,899 in 2019. Large cities is the fastest-growing category with an average of 2,105 residents of senior age moved in within the past year, according to Census data. (Important to note is that the data was calculated pre-pandemic.)

The analysis points to the conclusion that seniors are boomeranging back to urban lifestyles of their youth before children or the desire for more space played a role in their housing judgment and now “they really miss the energy and the excitement of the city,” Mak said.

Though NYC was hit particularly hard by the pandemic, Mak is confident the city “is absolutely going to come back as the choice for seniors.” This is because of what the Big Apple has to offer seniors (as more things open up) in the way of discounted cultural events like daytime Broadway shows, lunch specials, and twofer museum entry fees. The city’s mass transit system is also attractive for aging seniors who no longer have to worry about driving, along with the infrastructure in place to deliver prescriptions, groceries, and food.

Read more: Ask the expert: How to build an emergency fund after the pandemic

Mak explained that Philadelphia (No. 8) and Chicago (No. 9) are “similar in terms of the type of person that they’re going to attract to New York” but “probably at a lower cost.”

The Sunshine State is the home to seven of the 10 fastest-growing mid-sized cities for retirees, who are finding comfort in cities between 50,000 and 250,000 residents. An average of 452 new retirement-age residents moved to these cities.

At No. 9, Vancouver, Washington, made the list for being a “unique option for people looking for a cooler climate” and those who “don’t necessarily want the 300-days-of-sunshine-a-year type of lifestyle,” according to Mak. He referred to it as a more affordable alternative to Seattle, which has seen property values soar driven by the area’s tech industry, its proximity to Portland, Oregon, and zero state income tax.

Read more: Here’s how your retirement income is taxed

Certain retirement communities like Arizona’s Green Valley and Sun City West already “serve as a “magnet” for senior citizens as over 80% of the population is composed of retirees and continues to be “a big draw” for older adults, Mak explained.

These smaller cities experienced the slowest population boom as approximately 115 seniors moved to each city per year on average, though there’s an overwhelming senior population already present in these places.