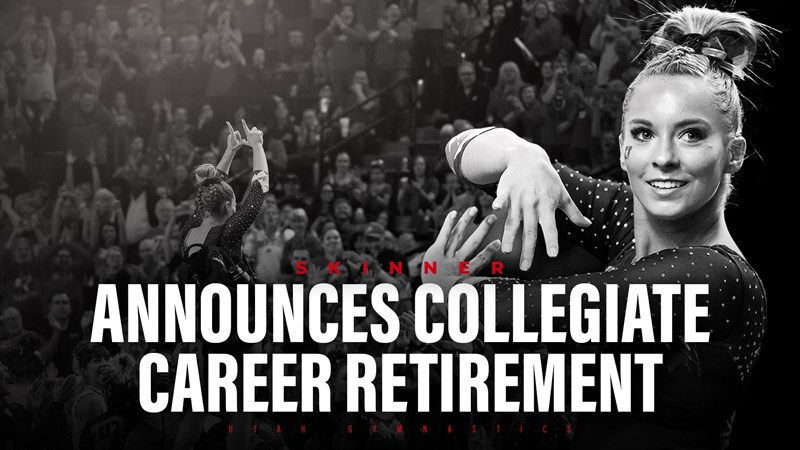 Skinner to leave behind lasting legacy for Red Rocks.

SALT LAKE CITY – Utah Gymnast MyKayla Skinner announced today that she will be retiring from collegiate gymnastics, forgoing her senior season with the Red Rocks in 2021-22.

She elected to leave school after her junior year to pursue a chance to compete in the Olympics, which she accomplished last week after earning a spot as an individual in the Tokyo Olympics.

“We are over the moon that MyKayla’s lifelong dream to become an Olympian came true,” Utah Gymnastics head coach Tom Farden said. “I have had several conversations with her regarding her future after the Olympics and I fully support her next chapter in life. We are grateful for the commitment she showed to our program and university, and her legacy will live on forever.”

Skinner was a two-time NCAA Champion for the Utes and a two-time NCAA all-around runner-up. She currently holds the NCAA record for consecutive routines without a fall (161), also setting a school record with 26 All-America selections (13 NCAA, 13 regular season).

“The Olympics this summer will mark my last gymnastics competition before I officially retire,” Skinner said. “I will miss being a part of Utah Gymnastics and competing in the Jon M. Huntsman Center. I have nothing but good things to say about Utah Gymnastics, from the organization, the athletes, the fans, to Coach Tom and the staff. I will return to finish my degree and graduate at the U, and will forever be a Red Rock. It is no secret we have the best fan base in the nation, and I am happy to now transition into being a part of it.”

The Gilbert, Ariz., native earned 23 first-team All-America honors in her career, propelled by 13 top-10 individual finishes at the NCAA Championships. She is an eight-time regional champion, also dominating in the Pac-12 conference as a seven-time conference titleholder.