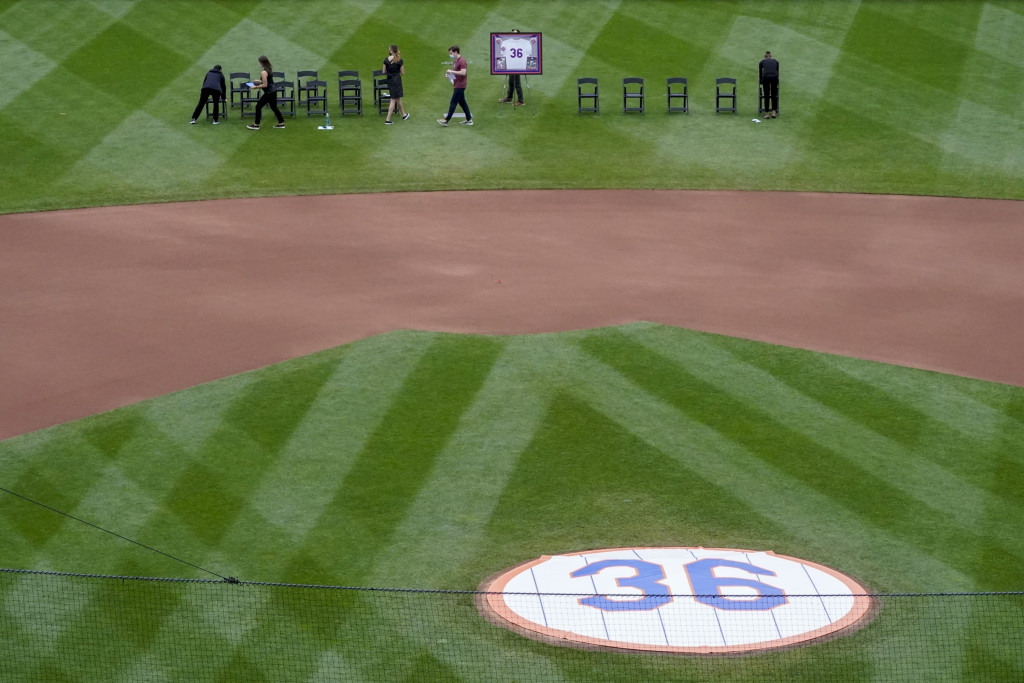 The Mets’ version of Robin and Batman are together again.

After an interminable wait, Jerry Koosman’s No. 36 is where it belongs — atop the left field stands, in the same elite space where Tom Seaver’s No. 41 hangs.

Koosman joined elite company Saturday night as just the third Mets player to have his number retired. Only Mike Piazza (31) and Seaver (41) previously had their numbers atop the stands in left field. The franchise has also retired numbers for former managers Casey Stengel (37) and Gil Hodges (14).

Seaver and Koosman joined the Mets at the same time, and formed an elite pitching duo. Together, they led the Mets to the 1969 World Series crown and the 1973 World Series. Unfortunately, Seaver wasn’t around to see Koosman honored by the Mets. He passed away last August at the age of 75.

“To be up there with these other greats is quite a feather in your cap,” said Koosman, who was accompanied by 11 family members.

Now 78, Koosman had a memorable 11-year career with the Mets that began with him finishing second in the NL Rookie of the Year race in 1968 behind Johnny Bench after going 19-12 with a 2.08 ERA, seven shutouts and 17 complete games over 263 ²/₃ innings. He helped the Mets win their first World Series the following year, beating the favored Orioles twice, and won 21 games in 1976, finishing second to Randy Jones for the NL Cy Young Award.

Koosman also had an indirect hand in the Mets’ 1986 title. He was traded to the Twins in 1978 for future closer Jesse Orosco, who recorded the final out of the 1986 World Series against the Red Sox. Koosman was initially supposed to be honored last year by the Mets, but the ceremony was pushed back to this season due to the COVID-19 pandemic.

“Humbly thankful that they thought that much of me to retire my number. I know I’m joining a great crew that’s already had their numbers retired,” Koosman said. “I don’t know that I deserve it, but I guess we’re going to get on with it.”