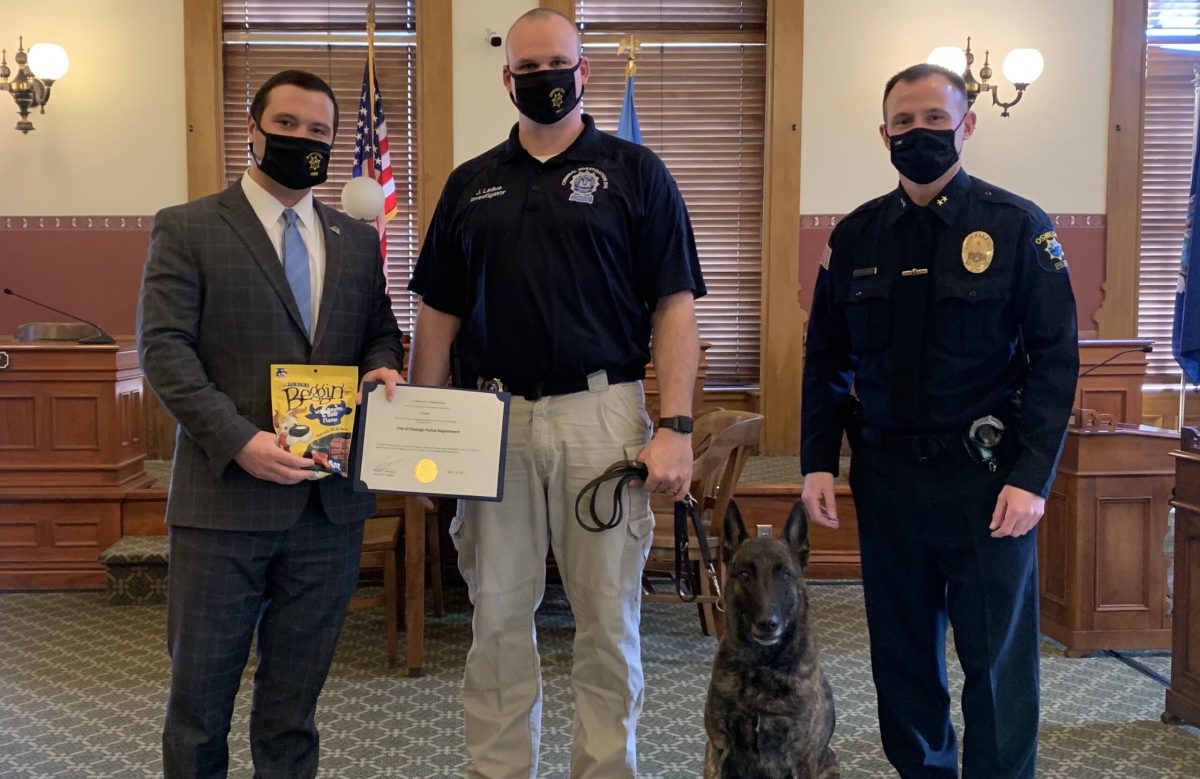 Crixus is a 9 ½ year-old Dutch Shephard who joined the Oswego City Police Department in July 2013 as a certified in patrol and narcotic detection canine.

“Crixus has been a tremendous asset to the Oswego Police Department, assisting with various different duties while protecting Oswego residents and our police officers. I thank him for his dedicated service to our community and wish him rest and relaxation in his retirement,” Barlow said.

Over the years, Crixus has contributed to the apprehension of several suspects and locating missing people. One of Crixus’ primary roles throughout his career was his duties as a narcotics detection canine. Crixus has assisted in the seizure of Marijuana, cocaine, heroin, and fentanyl in multiple cases throughout Oswego and Onondaga Counties.

“On behalf of the Oswego Police Department, we thank Crixus for his service and wish him much health and happiness in his well-deserved retirement,” said Police Chief Phil Cady.

The Oswego Police Department has a second K-9 dog, named Luke, and plan to purchase another dog to replace Crixus in the near future.