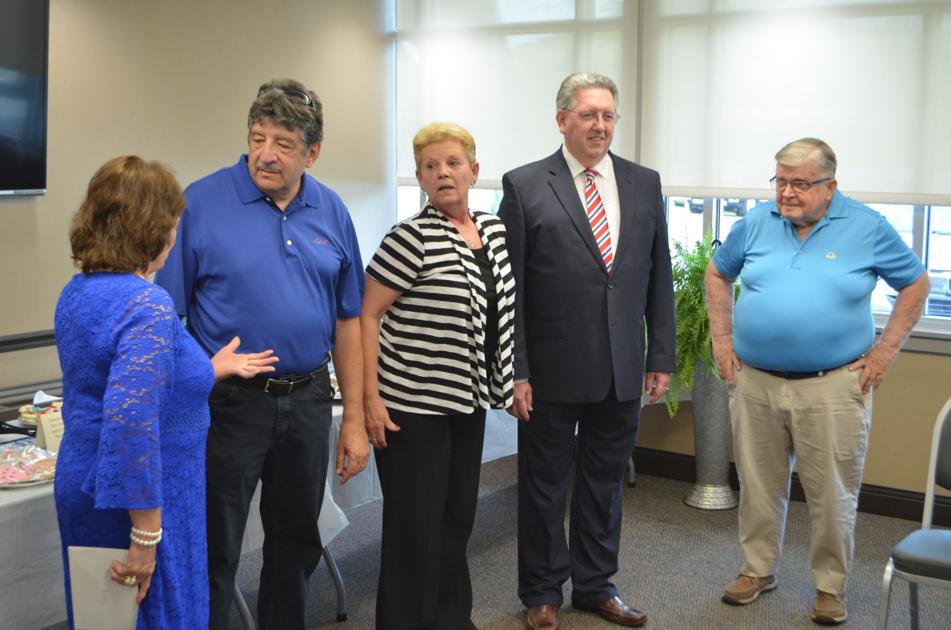 Farley, who has served two years as the county’s superintendent, announced his retirement several months ago, telling WV News on Monday that it’s time to start a new chapter in his life, but noted he’ll never forget his 46 years working in the Marion County school system.

“I hope that my wife and I are able to pick and choose more travel,” Farley said. “There are some places we’d like to see and things to do. We want to visit our children more, of course. …

“I am very grateful for the opportunities that I’ve had over the years and for the wonderful support from all of the folks in Marion County who have, along the way, slipped something in for me to use in my classroom or given a word of encouragement or any support in any fashion to help us educate children in Marion County.”

Marion County Schools employees, Marion County Board of Education members and other area officials gathered to send Farley off in a proper way, recalling stories from his times as a teacher, principal, administrative assistant and, finally, superintendent while enjoying snacks and good company.

Marion County Board of Education President Mary Jo Thomas said that she wishes Farley the best, thanking him for his decades of service to the county.

“His legacy is that it’s all about the kids,” Thomas said. “It’s not that he ignored faculty and staff. Not at all, but they weren’t number one. The students were number one.

“It’s why we need faculty and staff. It’s because we’re educating students. He is so committed and always has been in whatever position he’s held. I think that it was a rough road and challenging times with the pandemic, but I don’t think anyone could have done a better job than him of getting us through that.”

“He’s impacted a lot of teachers and has had a great impact on students whose lives he’s touched,” Dragich said. “I think the East Dale project is something that will be his imprint on Marion County, because he wrote the grant to get us the funds and he saw the need for it.”

Board member Richard Pellegrin, who, like Thomas and Dragich, have worked with Farley long before he became the superintendent, said that Farley’s lasting legacy will be the impact he left on all the students that were left in his care.

“His lasting legacy is how hard he’s worked for the county,” Pellegrin said. “He was able to bring in $1.4 million for the East Dale addition, and he’s always been a good, loyal employee to Marion County schools his whole live, for 46 years.”

“I’ve had the privilege to work with Mr. Farley ever since I came here,” Fairmont State President Dr. Mirta Martin said at the party. “We came together and started a myriad of programs at Fairmont State University, which ensure that we could (build a path) for citizens of Marion County to Fairmont State. Some of our mission was that we needed to ‘own’ our backyard, and that includes the K-12 system. We needed to ensure that those students never left the area. …

“This is a bittersweet time, and we wanted to recognize the efforts of this wonderful gentleman both to Marion County and Fairmont State University.”

Farley’s replacement, Dr. Donna Hage, will be sworn into the position on July 1.

Fairmont News Editor John Mark Shaver can be reached at 304-844-8485 or jshaver@theet.com.