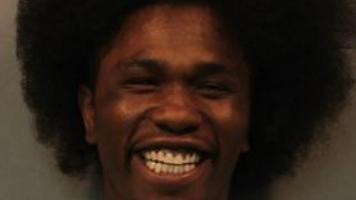 CROWN POINT — A Gary man was sentenced recently to time served after pleading guilty in connection with a break-in in 2017 that led to the shooting of a retired police captain in Gary.

Dixon, 23, of Gary, shot and wounded Austin when Austin confronted them inside the home. He was sentenced in December to 12 years in prison for the shooting and a separate burglary.

Briscoe was shot to death at age 20 on Feb. 3, 2019, at an apartment in Gary’s Miller section. No charges have been filed in his homicide.

Austin said at Dixon’s sentencing hearing he spend nearly two months in medical facilities after the shooting and suffered excruciating pain. He retired from the Gary Police Department in 2016, after nearly 40 years of service.

White pleaded guilty to residential entry, a level 6 felony, and a misdemeanor count of carrying a handgun without a license. The gun charged stemmed from a traffic stop Aug. 3, 2018, in Gary’s Glen Park section, according to court records.

White agreed to a sentence of 2.5 years for residential entry and one year for the gun charge. With credit for time served while awaiting a resolution in his case and good time, White was not required to serve any more jail time, records show.