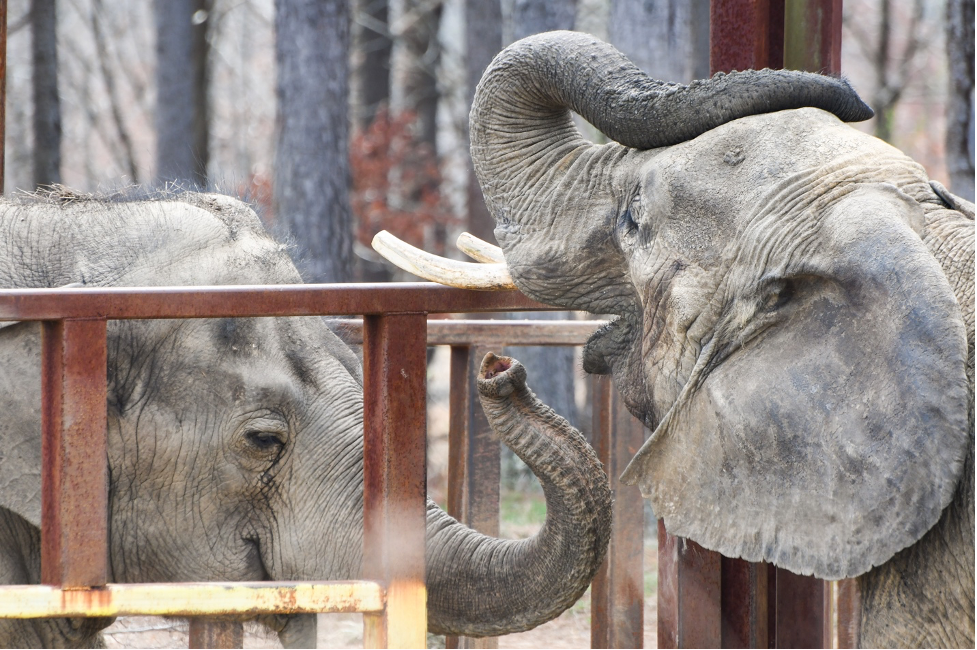 HOHENWALD, Tenn. – Nosey the elephant is doing what we all wish to do in retirement. Enjoying it.

Her R&R is well deserved, though, after spending more than 30 years performing in circuses and giving ride after ride as entertainment.

Nosey’s rough walk in life started early. She was born in Zimbabwe in 1982 and was orphaned as part of a government-issued program intended to control the wild animal population by selective slaughtering.

Arthur Jones, the inventor of Nautilus exercise equipment, bought Nosey along with more than 60 other orphaned elephants in 1984. He called it a “true American herd.” When that idea was abandoned, Nosey was sold into a life of circus performance.

Nosey traveled across the country with the Liebel Family Circus, performing and entertaining. Activists closely followed Nosey though, speaking out on her behalf and documenting welfare concerns.

In November of 2017, Nosey was successfully removed from the circus, and Hugo and Franciszka Liebel were arrested on animal cruelty charges.

Since living in the sanctuary, Nosey has made friends with other elephants that have been rescued, Tarra and Sissy, and is able to spend her time bathing in the water and playing with her elephant buddies. Caregivers have also watched as they lean against a shared gate and rest together.

The elephant sanctuary in Tennesse has been in operation since 1995 and has helped 28 elephants since their mission began, with ten at the location now.

Nosey looks pretty cozy in her new home, and we’re glad to see it!

Live feeds to watch the elephants at the sanctuary can be viewed here.