Logano ‘better find a way to win’ after Texas retirement 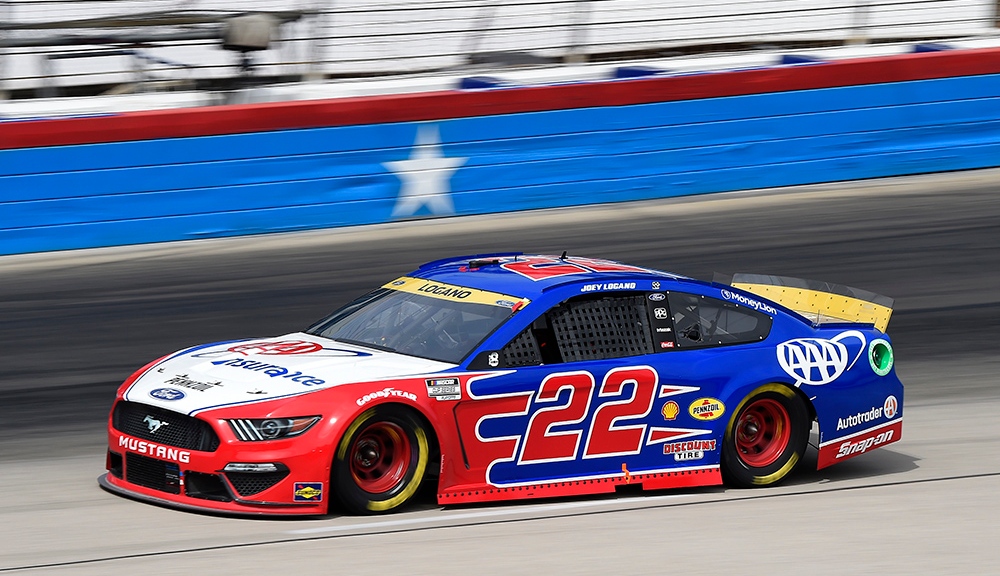 Joey Logano has a simple mission over the next two races in the Round of 8 after an engine failure at Texas Motor Speedway dropped him to last on the playoff grid.

“We better go find a way to win,” Logano said.

The engine in Logano’s No. 22 Team Penske Ford Mustang expired on lap 300 of 334. He finished 30th, which was the worst of the eight playoff drivers.

“I thought it was starting to maybe give up a little bit of power in that run,” Logano said. “We were just getting passed. It just kind of let go. It is one of those days when nothing went right.

Feud with Harvick over? ‘Up to those guys,’ says Elliott

Elliott, four others drop to the rear for Texas start

“The strategy didn’t go the way we wanted it to early in the race. Cautions didn’t fall the way we hoped they would, and every time we started fighting our way back, something happened, and we ended up like this.”

A rare failure from Roush Yates Engines didn’t give Logano much room to complain, but he admitted it was a “real letdown moment.” And it’s not ideal timing, of course, as Logano fights for a return trip to the Championship 4 next month. Instead, he sits 43 points below the cutline going into the second race at Kansas Speedway.

“We are in a position that we have to fight,” he said. “If you look at where the Hendrick cars are, they are faster than us. I don’t know what broke. We just got out of the car, so it is hard to say what it was.”

“It was a grind,” Logano said of Texas. “We had a good start of the race and rode it up there to second, and then we put two tires on, and the car got real loose, and we lost track position that run. We started making gains, and we had a caution that fell right after we pitted and put us down a lap at the wave around.

“That happened a couple of times. We came back from the rear three times throughout the race. I’d like to know how we would be if we just picked it up and put it in a top-three spot. Maybe we would be okay. We have to move on. It is what it is now. We can’t change it. Not many points today, so that is a bummer. We will be fighting from here.”

Before the engine failure, Logano raced in close quarters with fellow playoff driver Denny Hamlin, and the two made some minor contact. He said that didn’t help his cause and slightly affected his car.

“But he does that all the time,” Logano said of Hamlin. “I’ll have to race the same way. He’s hit me in the left rear quite a few times. It is what it is.”

Kansas is another 1.5-mile track, and although Logano finished 17th there earlier this season, he takes solace in how fast Team Penske was on Sunday.

“It helps us feel a little more confident,” he said. “I think that was probably one of the best 1.5-mile tracks we have had. It has been that way of late, making steady gains. It looks like the 5 [Larson] and 24 [William Byron] are the best of the field, but there are times the 12 [Ryan Blaney] and 2 [Brad Keselowski] can get up there. We were just fighting track position all day. If we could have gotten track position, I wonder what it would have looked like.”