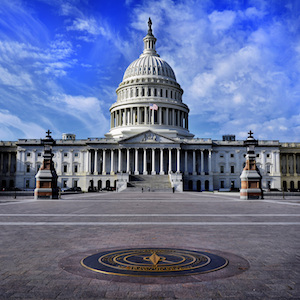 Touted as a way to help gig workers, part-time workers and those without access to an employer-sponsored account, legislation has been introduced in both the House and Senate to create universal, portable retirement accounts.

The Portable Retirement and Investment Account (PRIA) Act of 2021 introduced by Rep. Jim Himes (D-CT) and Sen. Mark Warner (D-VA) would generally establish the accounts for every American at birth by providing a PRIA at the same time they receive a Social Security number.

The accounts would be administered by a nine-person independent board appointed by the Treasury and Labor secretaries, the Pension Benefit Guaranty Corporation (PBGC) and the Consumer Financial Protection Bureau, and managed by selected financial institutions. After creation of the initial account, account holders would have the option to choose investment options from a qualified financial institution. There would be a “PRIA Basic” account, which would be the default option with a target date fund based on the year the beneficiary reaches age 65, and a “PRIA Choice” account with broader investment options.

Employers could contribute to their employees’ PRIAs, but an eligible employee would be restricted to an individual:

As such, individuals who want to keep their 401(k), IRA or other savings plan option would still have those options, but they would not be able to also contribute to the PRIA. PRIAs would also be portable, such that employees who separate from their employer would still be able to contribute to the same PRIA as before.
In addition, the legislation would allow automatic contribution arrangements and would permit auto-escalation. For purposes of the annual contribution limit, the amount would be based on the lesser of the deductible amount under Internal Revenue Code Section 219 or an amount equal to the compensation includible in the individual’s gross income for such taxable year.

A federal contribution of up to $500 would be provided into the PRIA of any child born into a household that receives the EITC. Individuals would also be allowed to designate all or a portion of their contributions as a Roth contribution. In addition, catch-up contributions would be permitted for individuals age-50 or older.

“The current retirement system isn’t working for all Americans,” Rep. Himes said in a statement. “The options to which American workers have access can differ significantly based on their area of employment and the systems can be needlessly confusing. In addition, many Americans lose access to retirement savings vehicles if they lose their jobs, and gig, contract, and part-time workers are often ineligible. PRIA changes all of this.” Added Warner: “As more and more Americans hold multiple jobs across a career, a year and even a day, PRIA will provide more workers with access to flexible, portable benefits such as retirement savings that will carry with them from employer to employer and gig to gig.”

The legislation will be referred to the respective tax-writing committees in each chamber—the Ways and Means Committee in the House and the Finance Committee in the Senate, of which Warner is a member.

The Ways and Means Committee recently approved legislation supported by the American Retirement Association that would create automatic retirement arrangements to help boost the existing retirement savings system and close the coverage gap. Those changes are currently included in the broader, $3.5 trillion budget reconciliation legislation working its way through the House.