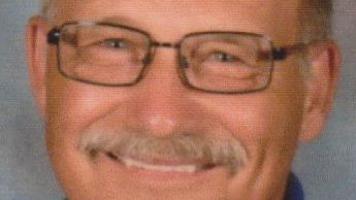 MENOMINEE—Long-time L.E. Jones employee Rick Dittrich retired last year after nearly 50 years with the company. Due to the COVID-19 pandemic, the normal course of recognition for his retirement was delayed, however Human Resources Coordinator Cheri Berger said the company wanted to recognize him on the one-year anniversary of his retirement.

Dittrich was born in Marinette and grew up in Menominee. He was hired as a centerless grinder at L.E. Jones on July 29, 1974, exactly 47 years ago Tuesday. During his time with the company, he was also an automatic champer operator, Q.A. inspector, shell molder, No. 2 inspector and chief wrapper among other positions.

Before working at L.E. Jones, Dittrich was briefly employed at Kohler Company in Kohler, Wis. Several of his other family members have worked with him at L.E. Jones. Dittrich’s father, Roger Dittrich Sr., retired from the company in 1990, and his brother, Roger Diitrich Jr., is still working there.

Dietrich’s hobbies include riding his Harley with his wife, Lu Dittrich, country line dancing, raising chickens, and tending his flower and vegetable gardens, about which he also enjoys teaching classes at conferences and events. He is a long-time member of the 566 United Auto Workers Union, Faith Church in Peshtigo, North Country Kickers and Northern Lights Master Gardener Association. He also serves as a local representative for the Wisconsin Master gardener Association.

In his retirement, Dittrich plans on traveling, camping, catching up on projects around the house, spending time with family and doing more with his passion for gardening.