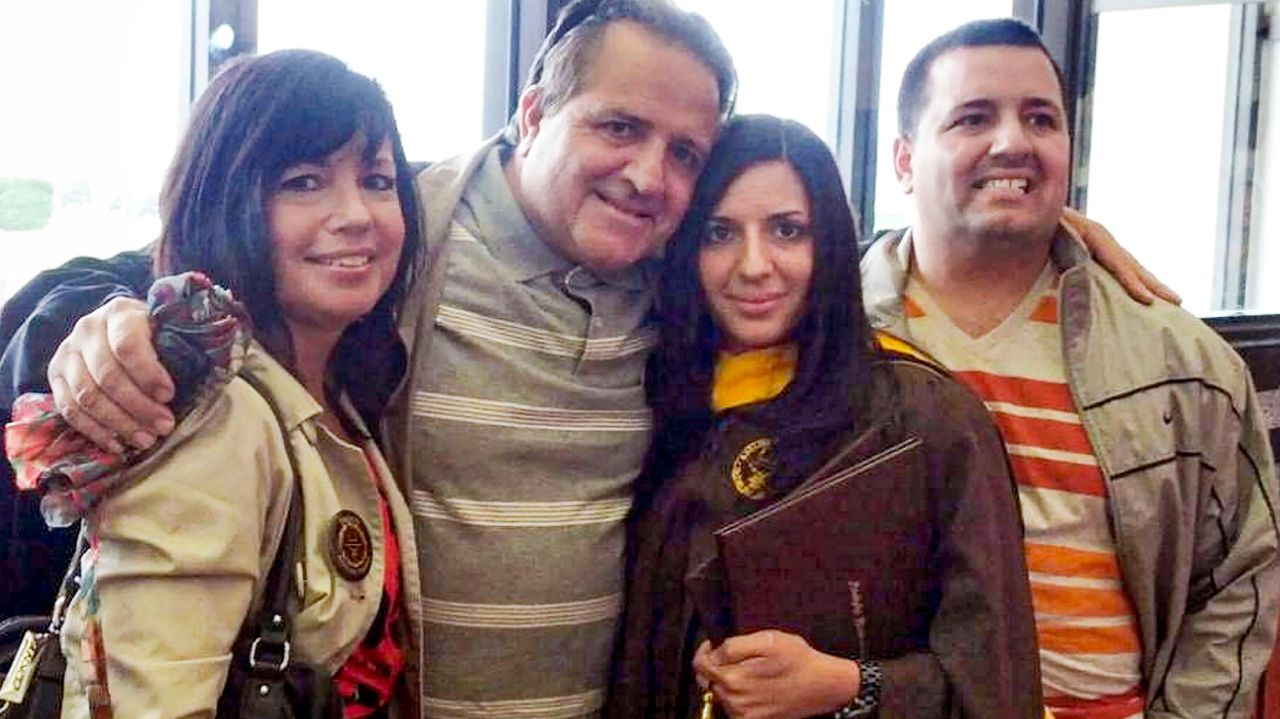 Good-hearted and easygoing, James “Jimmy” Angotta tried to not bring his police work home with him, preferring to shield his family from the dangers and terrible things he saw. He’d rather take the family to the beach or out fishing, or pull out his acoustic guitar and play a Beatles song, his wife Brenda Angotta said.

The North Lindenhurst resident, who had retired from the NYPD in 2004, was killed March 30 when while walking he was struck by a vehicle whose driver fled the scene, police said. The search for the driver continues.

“Traumatizing,” said Anthony Angotta Jr. about the incident in which his brother was found dying at 9:20 a.m. in the turning lane of Wellwood Avenue, not far from his home, police said. He was transported to Good Samaritan Hospital in West Islip and pronounced dead.

Brenda Angotta said she is “coping. I’m doing what I need to do. I have to be strong for my son. I know Jimmy would want me to do that.”

The couple have a 33-year-old son, Christopher, who has autism and lives in his parent’s home, she said.

Angotta, 63, was born and raised in Brooklyn. He grew up playing stickball with his brother and serving as an altar boy at St. Vincent de Paul Church in Brooklyn.

Anthony Angotta, 67, of Lynbrook, recalled that he and his younger brother had an intense rivalry when it came to their favorite football teams. Anthony loved the New York Giants and Jimmy was a Dallas Cowboys fan. When the two teams faced off, so did the brothers, he said.

The pandemic has changed education on Long Island. Find out how.

“We had friendly debates,” he said with a laugh. “We managed not to punch each other too much.”

At St. Francis Preparatory High School in Williamsburg, Angotta took his future wife to a high school dance. They had grown up on the same block, North 5th Street in Williamsburg. Brenda Angotta remembered when he asked her to take a spin on the dance floor.

They became high school sweethearts, she said. They went to the prom together and dated for nine years, including the years they attended separate colleges, before marriage.

Angotta was looking toward a career as an X-ray technician but grew bored with the prospect after two years at Queensborough Community College. The couple married March 24,1984, and he entered the NYPD training academy that July, his wife said.

The couple, who recently celebrated their 37th anniversary, had two children, Danielle and Christopher. Jimmy Angotta started his police career in the 90th Precinct in Williamsburg, working in the same neighborhood where he and his family lived. He was the cop on the beat who knew everyone, she said.

“I’d see him when I was out shopping on the avenue,” his wife said. “One time I went up and kissed him when he was directing traffic. He got really embarrassed.”

Danielle Angotta, 32, of Lindenhurst, said her childhood summers were filled with family trips to the beach, where they stayed from sunrise to sunset barbecuing and enjoying the surf.

“It made the summers,” she said.

Jimmy Angotta had responded when a plane struck the World Trade Center on Sept. 11, 2001. He would recall that he was nearby when a second plane crashed into the second tower. Someone yelled, “Run,” and he took off and kept running, his wife said.

“He borrowed someone’s cellphone and called me to say he was all right,” she said. He worked at Ground Zero providing security and collecting the remains of the deceased for three months. “He worked a week straight without coming home.”

The family moved to North Lindenhurst in 1990, and upon his retirement in 2004, he worked various security jobs and enjoyed playing his guitar and taking his family on beach and fishing outings in the Great South Bay, Brenda Angotta said.

A family friend has created a GoFundMe page for the family. Alexandra Rulli of East Setauket said she hopes to raise money to cover the cost of a memorial and other expenses incurred by the family.

Viewing hours will be from 2 to 4 p.m. and from 6 to 8 p.m. Sunday at Johnstons’ Wellwood Funeral Home in Lindenhurst. A memorial service will be there during the evening. An NYPD ceremonial unit will perform a flag presentation. Angotta was cremated, and the family plans to spread his ashes in the Great South Bay.

On Saturday, Brenda Angotta said she has been writing to her husband at night.

With Michael O’Keefe and Robert Brodsky

Craig Schneider is a Long Island native and Stony Brook University alumnus. He joined Newsday as a general assignment reporter in January 2018 after 20 years at the Atlanta Journal-Constitution.