Jake Paul claims to be ‘retired’ after victory over Tyron Woodley 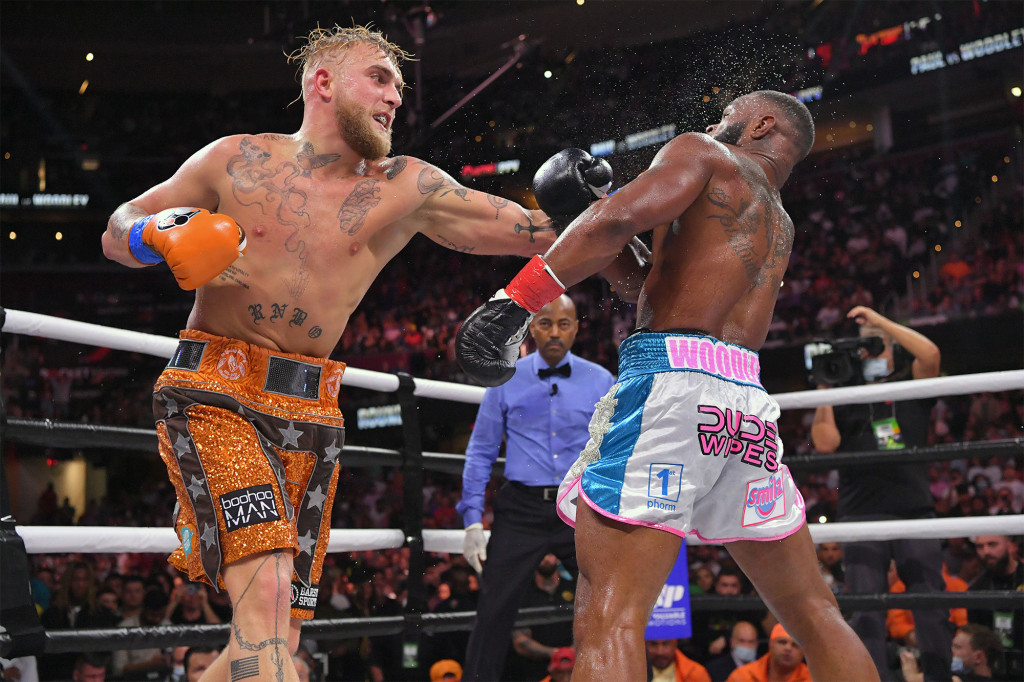 The 24-year old Paul, now 4-0 in professional fights, made the surprising announcement via Twitter Monday night.

It’s unclear how serious the claim is given Paul’s history of drama and antics, and given the massive paycheck he receives from each fight.

After his victory Sunday, Paul teased a potential future bout with notorious former UFC Champion Conor McGregor who have clashed on social media before.

It did not seem like retirement was on his mind then.

“We’re on the path to a lot bigger fights, I’m salivating too because I’m just getting warmed up,” Paul said, via MMA Junkie.

Paul’s retirement tweet could be a jab at McGregor, who announced his retirement in 2016 before returning to the ring, since when he’s had significantly less success.

Paul and Woodley wagered that the winner of Sunday’s fight would tattoo his name on the loser’s body.

On Monday, Paul tweeted his conditions for Woodley’s tattoo, which will say “I love Jake Paul.”

Paul said the tattoo must be 3″x2″ in size, cannot be covered, must be there permanently, must be posted on social media and must be visible with shorts and shirt on.