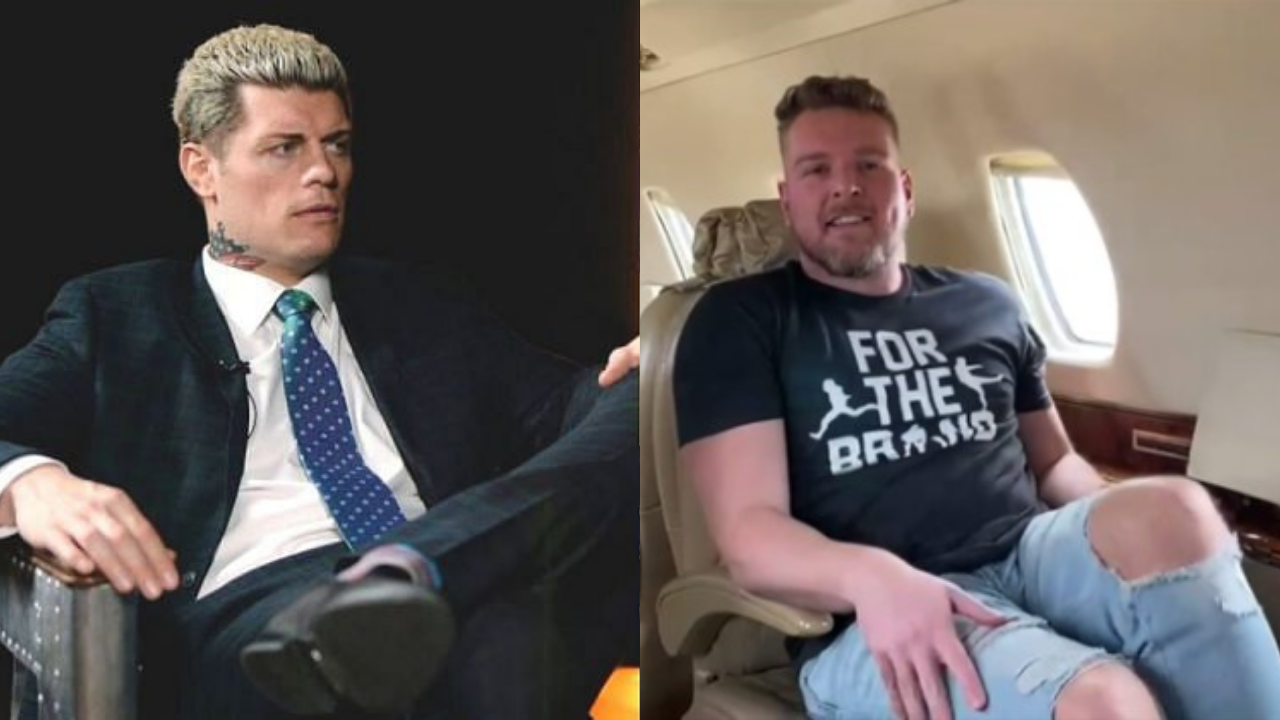 Pat McAfee reacts to Cody Rhodes’ claim of him looking for a job at AEW. The former NFL Punter made his wrestling debut at NXT last year.

Pat McAfee is one of the few times where a non wrestling personality walked in and left with the fans wanting even more of him. He entered as a despicable villain, put in the work and by the time he was on his way out he did everything that he was hired for.

While fans have been wondering if they will see him at NXT again, AEW Executive Vice President made a bold claim in a media call ahead of the latest episode of Dynamite, He revealed that McAfee had been actively pursuing a job with them instead.

‘I didn’t see this comment, especially from Pat. Which is super bizarre because I’m pretty sure that Pat is trying to get a job at AEW like every other day.”

Rhodes’ comment soon caught the former NFL Punter’s attention. McAfee instantly denied the claim. Instead he revealed that he had contemplated the idea of retirement more than he had joining AEW.

“Cody Rhodes just said I’ve been trying to get employed by AEW or whatever every other day. That is not true. I’ve actually contemplated retirement here more than I have contemplated going to AEW.”

McAfee added that while he would be watching the show for Cody and Shaq, he wanted it to be clear that he had no intention of joining the promotion.

“I’ve been in a little bit of a spat here, though with a couple, well, not a couple. Rusev, an old friend of ours, now Miro, kind of, came after us and we kind of flipped the script on him a little bit. And Shaq, obviously. I do have to watch that match tonight. But aside from that, I am not. I would just like to let that be very clear.”

I heard @CodyRhodes said I’ve been trying to get a job..

That is not true I’ve actually been contemplating retirement #PatMcAfeeShowLIVE pic.twitter.com/8JGefWeVle

The spat McAfee is referring to is when Shaq promised that his match with Cody would be the best celebrity match and McAfee said it wouldn’t before Miro entered and the two had a back and forth.