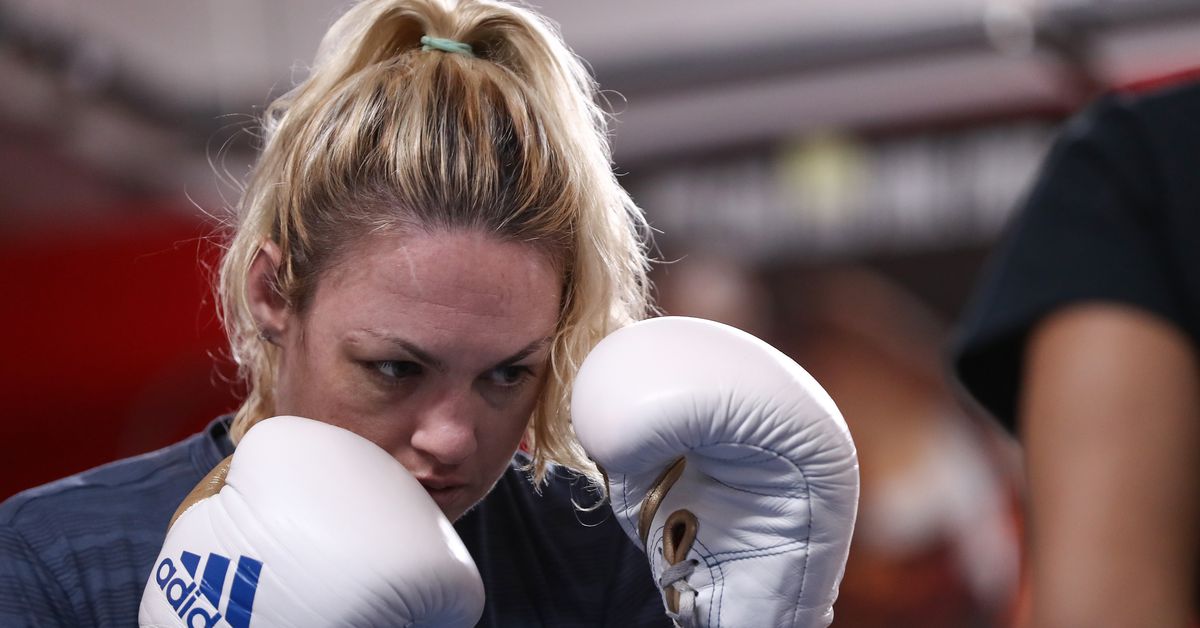 Last year was a good year for thinking about retiring, if you were a fighter edging in that direction.

The tunnel we’re still making our way through was dark and twisted and we will feel reverberations of trauma from COVID for generations to come. But people fought to live, to get through this shit because they knew the other side would be sweet to see.

Heather Hardy thought about retiring last year; the 39-year-old fighter was coming off a 2019 loss to Amanda Serrano, and she’d had almost a full dose of the sport. Plenty of ups and a good helping of downs along the way, and frustration lingered.

Outside looking in, the frustration makes sense. Of all the jobs out there — fighting for a living, you can’t blame a lady for simply wanting to make a living wage while doing it.

Hardy, a pro since 2012, ruminated plenty on the subject, but decided she’s still got plenty of fight in her yet, and some of that is going to be allocated to the ring. Hardy will return to the squared circle on April 23 on a Broadway Boxing card, which will stream on UFC Fight Pass. Hardy (22-1, 4 KO) will face Jessica Camara (7-2, 0 KO).

“Promoter Lou DiBella called me in the beginning of February, and asked me how interested I would be in fighting again,” Hardy told Bad Left Hook. “I told him I hadn’t trained in almost a year, and not only would I need time, I would also need to fight up a few weight classes. I gained over 20 pounds and knew the focus couldn’t be just on losing the weight, I needed to be boxing, too. So right away I started running, dieting, and dedicated set hours in my work schedule for my training.”

And no, she didn’t listen to Lou and drop everything and scream hallelujahs in her apartment to the point her neighbors complained.

“It’s hard as hell,” Hardy continued. “With the way shows and fights have been falling out because of COVID, I can’t afford to stop working in case this fight falls through. Plus, it’s not a high purse anyway, so it’s basically 12-hour days in exchange for getting back in the mix.”

Knowing that you are fighting not for a fat purse, but instead a bid to keep in the game — well, that didn’t shoot Hardy with an injection of rejuvenated respect for the business side of the sport.

“I thought of retiring last year, and I realized I don’t think I’m ready,” Hardy shared. “This fight will get me back in the game and help me make my mind up. Do I want to do this again? Do I want to go for a world title? Can I ever get back down to 126? Who knows. It will help me decide though. I know my mind is made up that I’m coming out and winning this one big.”