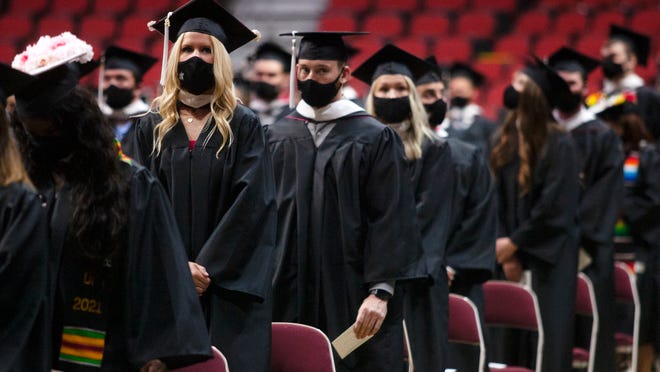 Grand View University’s 13th president announced he plans to retire at the end of the upcoming academic year in a university news release Friday morning.

Kent Henning became university president in 2000, back when the university was known as Grand View College. In his 22-year tenure, the university has added 18 new athletic programs, numerous academic programs and expanded exponentially in both enrollment and academic facilities.

Henning, 63, always had a mission to make Grand View a destination for all students. Most of his career was spent in private liberal arts, faith-based institutions and so becoming a university’s president, Henning says, he was and still is very committed to its mission — but that it’s time to step aside and let someone else take the reigns.

“I am a bit older and I recognize that there are people in the generation that follows me who are probably in that situation I was in when I was in my early 40s. I hope Grand View finds somebody who will take place far … far beyond what I could imagine in my wildest dreams.” Henning said.

While most will recognize the institution’s growth in its new academic programs and buildings, and new athletic programs, Henning said the thing he’s most proud of are the generations of Grand View graduates, all of which, he believes, have made an impact.

“One of my favorite days of the year is graduation, because that’s really the culmination of this institution’s mission … and that’s the legacy that most meaningful to me,” he said.

Still, the accomplishments under Henning’s leadership are praised among faculty at Grand View. The university has also grown its endowment by 725% during his tenure, raising more than $60 million that has translated to the expansion of programs that are now offered at both the undergraduate and graduate level.

“What Kent has done in his time at Grand View is extraordinary,” said Board Chair Chris Littlefield in a news release. “The Board is grateful for his leadership and we were lucky to have him for so many years.”

One of the programs that has been impacted by Henning’s leadership is the graduate athletic training program, which launched about seven years ago.

Last academic year, the program graduated its third class and, according to Dr. Chris Viesselman, the program’s director, the graduate program has really taken off, becoming increasingly popular with each passing year.

Part of the program’s success is due to the fundraising efforts to construct the Johnson Wellness Center, which opened more opportunities for new athletic teams and drove the need for athletic training.

“Sports across Iowa has expanded over the last two decades and with that are the issues that we see with concussions in sports and some of the major injuries and trying to limit those as much as possible … so it was really a great fit for the campus community,” Viesselman said.

Additional programs that have been added to Grand View under Henning’s tenure include clinical mental health counseling, business analytics and more.

‘He’s involved; he’s engaged in everything we are doing’

Most noticeably, the athletic program has grown exponentially in the past two decades. Although Henning said he takes no credit for the success of the programs themselves, athletic director Troy Plummer believes Henning’s mission to help grow its enrollment through athletics greatly contributed to the success of the university’s student-athletes.

According to Plummer, when Henning first started, Grand View had 128 athletes competing in seven sports. Now, the Vikings are home to about 26 sports teams and more than 800 athletes — including its wrestling team, which has won eight consecutive national titles since 2012.

“Grand View has always been a great place to get an education — that always remained the same — but we’ve been able to open that opportunity to more folks, more student-athletes,” Plummer said. “It was really his vision, and he assembled a pretty good leadership group to push his ideas forward … and it worked.”

Plummer believes Henning’s efforts have also translated into increased school spirit across all sports, largely in part to his involvement at athletic events.

“I don’t really know if we can put that into words … his impact,” Plummer continued. “As athletic director, I’ll miss his leadership, but, more importantly to me, I’ll miss him as a friend.”

In his upcoming retirement, Henning says he’s looking forward to spending more time with his family and enjoying his new title of grandfather.

Grand View’s Board of Trustees will name a search committee and begin a national search for Henning’s successor immediately. 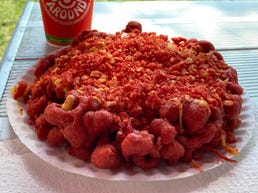 Melody Mercado covers the eastern Des Moines metro for the Register. Reach her at mmercado@registermedia.com or Twitter @melodymercadotv.