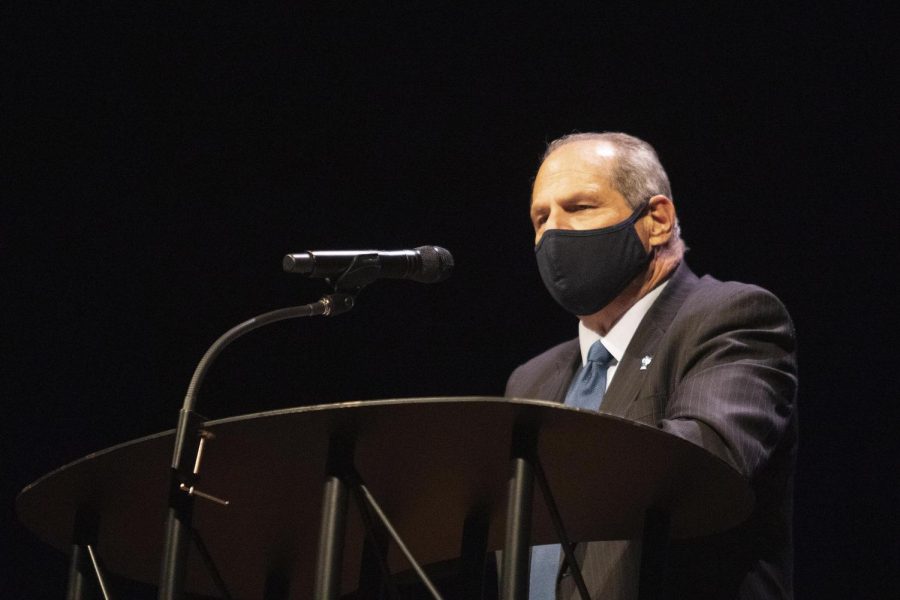 During the State of the University address Wednesday, University President David Glassman announced his intentions of retiring from the presidency in June 2023.

Glassman has had an eventful presidency, to say the least.

He came in during a state budget impasse that crippled Eastern and set Eastern back on track to stability just in time for a global pandemic to strike and shut the university down mid-semester.

Though he is not always favored by the campus community, we feel it is important to emphasize the work he has done for Eastern.

He kept the university functioning in a time when many, including Eastern, feared they would have to shut their doors after the state cut off funding. Though he was a part of major layoffs at the university, he stood by and did what had to be done for Eastern to be standing here today.

We cannot imagine the pressure he must have felt during that time, but we at The Daily Eastern News are grateful he did what he had to do so that we could continue (or start) our education at the institution we love dearly.

Often in our work for The News, we find ourselves butting heads with administrators. It is to be expected, but we also must give credit where credit is due.

Glassman cares about Eastern and its students. He has made difficult decisions for the university and faced backlash from those choices.

We may not always agree with him or the choices he makes, but we can say with certainty that being our university’s president through some of the worst times this institution has seen has earned him our respect.

We’re wishing you the best, Glassman.