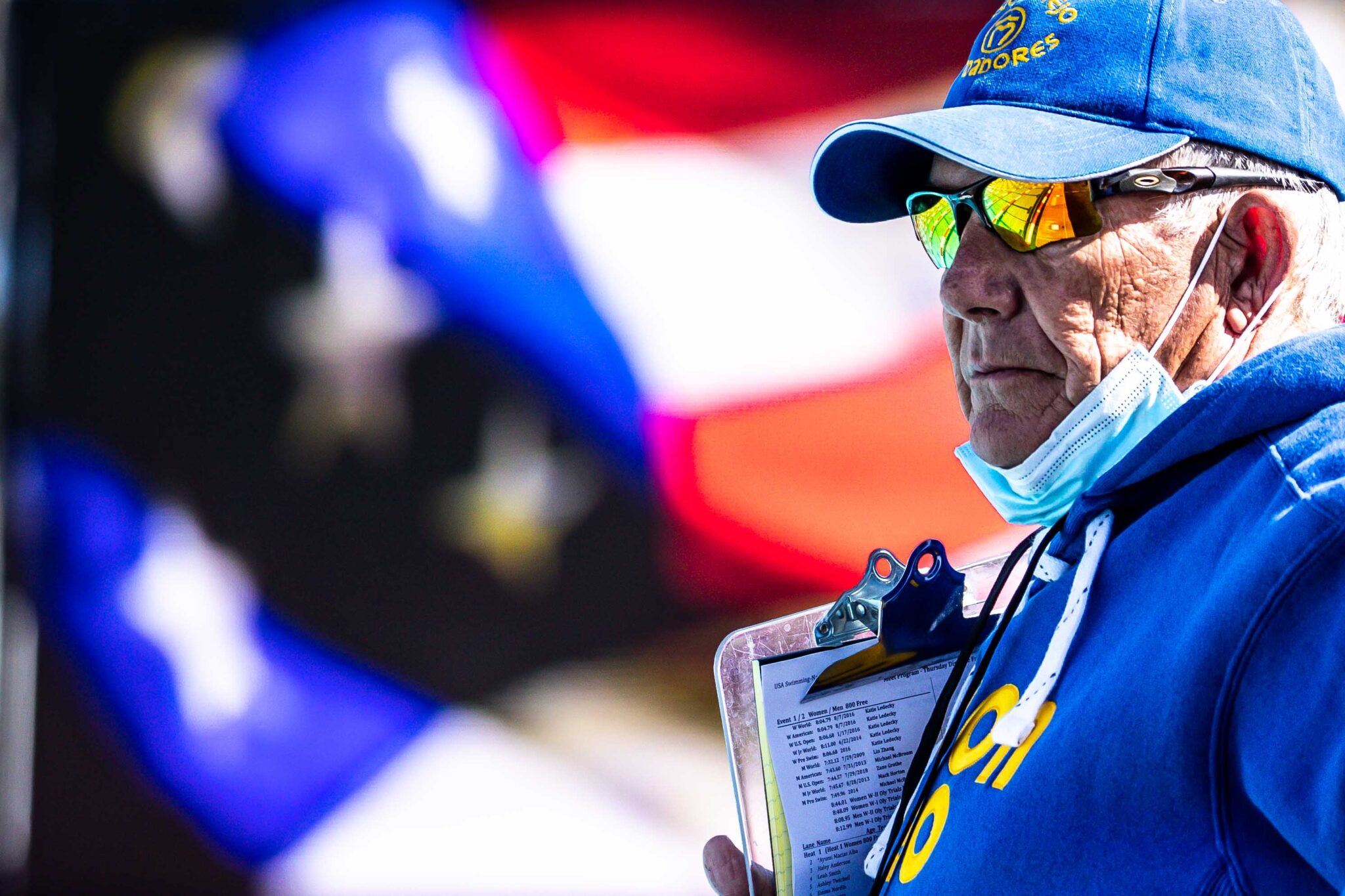 Former U.S. National Team Director Mark Schubert told his staff at the Mission Viejo Nadadores that he was retiring from coaching on Thursday morning. It was announced to the team later in the afternoon.

Schubert is planning to stay on with the club until December, and the club says that a search for a new head coach has begun.

Schubert has been one of the most recognizable figures on pool deck at USA Swimming competitions for nearly five decades, holding the role of National Team Director from 2006 until 2010 and also serving on eight consecutive U.S. Olympic team staffs from 1980 until 2008 (though the Americans ultimately did not attend in 1980).

Schubert has most recently served as the head coach of the Mission Viejo Nadadores since 2016, the same club he got his start with from 1972 until 1985.

In late August it was announced that Schubert was resigning from his position on the American Swimming Coaches Association (ASCA) Board of Directors one year early, citing “personal reasons.”

He then moved to the Mission Bay Makos Swim Team in Florida for a few years before jumping into collegiate coaching, leading the University of Texas women to a pair of NCAA team titles in 1990 and 1991. He followed up by coaching the University of Southern California women to their first-ever national title in 1997.

During Schubert’s career, his swimmers won 49 individual NCAA titles to go along with a trio of team titles.

Along with the swimmers he coached to the Olympics while at Mission Viejo, Schubert also led names such as Brad Bridgewater, Janet Evans, Lindsay Benko, Lenny Krayzelburg, Klete Keller, Erik Vendt, Jessica Hardy, Larsen Jensen, Ous Mellouli and Kaitlin Sandeno to the Games.

After leaving USC in 2006 to take over as National Team Director, Schubert took a paid leave of absence from the role in September 2010 before ultimately being terminated from the position.

Schubert and USA Swimming signed a nondisclosure agreement as part of the settlement. According to a report from the OC Register in 2018, the late Chuck Wielgus, former USA Swimming CEO, said in a deposition that Schubert was terminated for “erratic behavior,” particularly at the 2010 Pan Pacific Championship in Irvine.

Schubert went on to become the CEO and head coach at Golden West Swim Club in California before landing at Mission Viejo again five years ago.

While at Golden West Swim Club Schubert got into a legal scuffle after a former Golden West coach, Dia Rianda, sued him for wrongful termination, saying she was fired after she complained to USA Swimming about inappropriate behavior by a different coach, Bill Jewell. Jewell was eventually banned by USA Swimming for three years, and the suit between Rianda and Schubert was settled out of court.

In 2016, Schubert succeeded longtime Nadadore head coach Bill Rose, who announced his retirement earlier that year. The club is currently interviewing to hire an executive director to oversee all of their programs, including swimming, diving and water polo.

Some of the prominent swimmers who have represented Mission Viejo in recent years include 2020 U.S. Olympians Michael Brinegar, Zach Apple, Haley Anderson and Annie Lazor, along with 2021-22 U.S. National Teamers Will Gallant and David Heron, though in some of those cases, the representation did not reflect the athletes’ regular training sites.