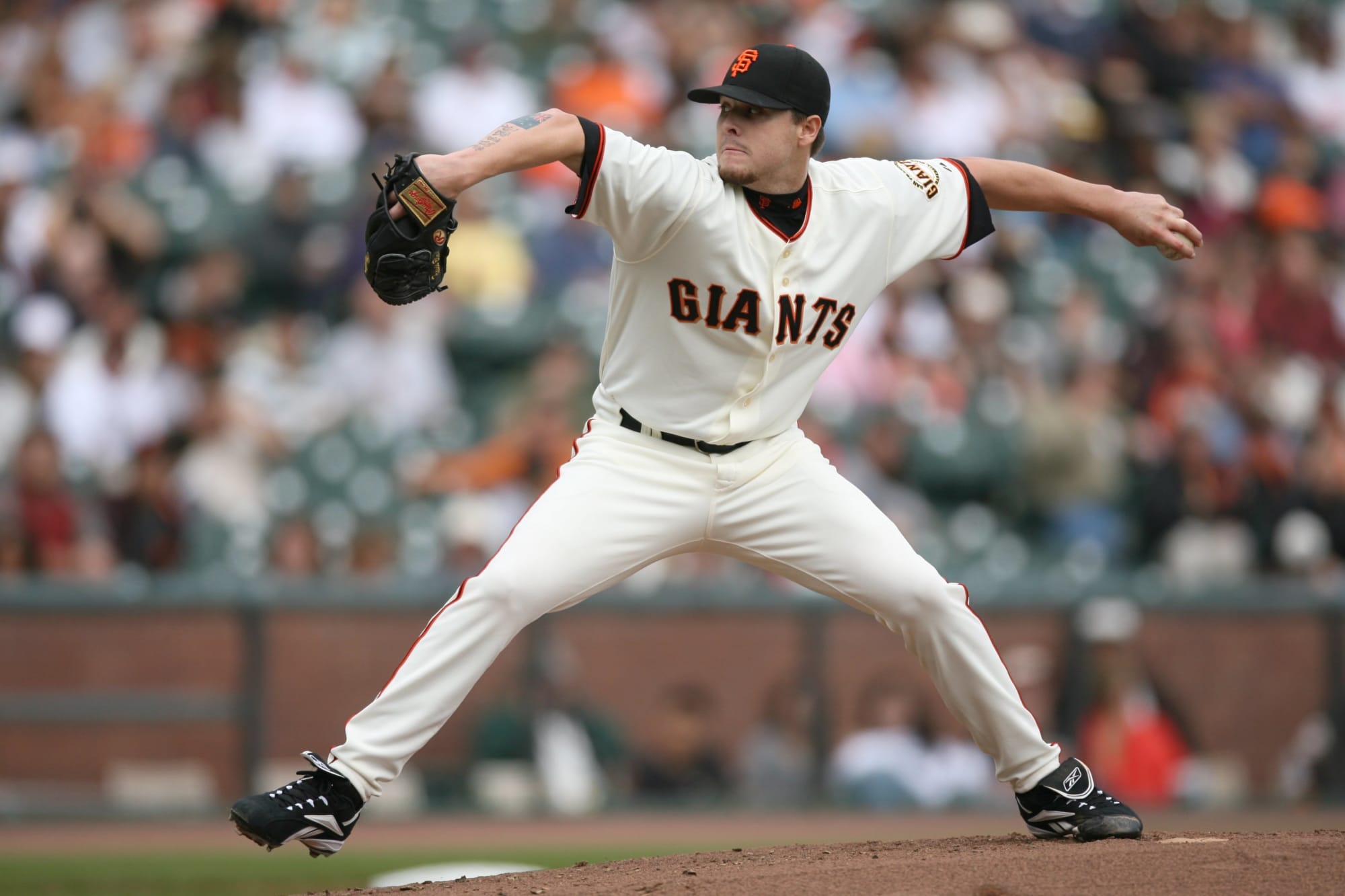 SAN FRANCISCO – SEPTEMBER 23: Travis Blackley of the San Francisco Giants pitches during the game against the Cincinnati Reds at AT&T Park in San Francisco, California on September 23, 2007. The Giants defeated the Reds 5-4. (Photo by Brad Mangin/MLB Photos via Getty Images)

After a long and fulfilling pro career, a former SF Giants left-handed hurler is hanging up the spikes to spend more time with his family.

On Saturday, former SF Giants southpaw Travis Blackley announced his retirement via his Twitter account and took a moment to recognize the people and teams that have impacted his career:

Thank you to all that followed and supported me throughout my career. I am officially moving on from this great game! I can only hope I was able to bring joy to to someone in my 20 years and look forward to giving back to the youth so our game may continue to grow! pic.twitter.com/zbh6H6SnkO

Blackley signed as an undrafted free agent with the Seattle Mariners in 2000 out of Melbourne Australia. The lefty quickly worked his way through the minor-league system and was even rated as the no. 63 prospect in baseball according to Baseball America before the 2004 season.

He pitched in the Mariners farm system until April of 2007 they shipped him to the Giants in exchange for outfielder Jason Ellison.

He appeared with the Giants at the end of 2007 where he posted a 7.27 ERA in 8.2 innings across two starts. Following this, the southpaw would bounce around the minor-league circuit before reappearing with the Giants in 2012. This turned out to be his best season in the majors, but not with San Francisco.

He yielded five runs in four appearances for the Giants before being designated for assignment. Blackley was claimed off of waivers by the Oakland A’s in a rare move between the two teams. With Oakland, he generated a 3.86 ERA across 102.2 innings while working both out of the rotation and the bullpen.

The Australian native made his final major league appearances with the Texas Rangers and Houston Astros in 2013 before making stops in Japan, Mexico, and Indy ball over the next several years. He finished his long and distinguished pro call at home while pitching for the Brisbane Bandits of the Australian Baseball League.

The lefty hangs up his spikes after accumulating 2,200 innings spread across 20 years while being an easy player to root for at every spot. We would like to extend our best wishes to Blackley on his future endeavors!