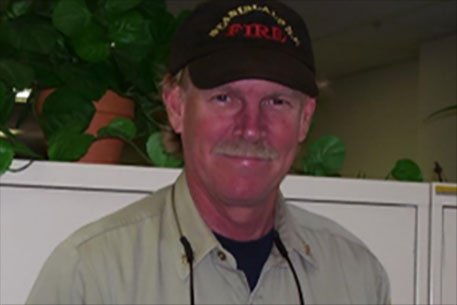 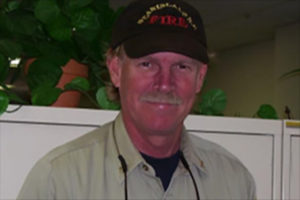 Sonora, CA – Forest service officials are mourning the loss of one of their own.

In a written release is stated, “The Stanislaus National Forest (STF) has lost a longtime Groveland resident and career wildland firefighter. Allen Wesley Johnson passed away on Aug. 31, 2021, at the age of 68 while assigned to the French Fire near Kernville. Allen died of complications from COVID, despite being fully vaccinated.”

Before retiring in 2010, Allen spent nearly four decades in fire suppression and fuels management for Forest Service in California at the Angeles, Cleveland, and Stanislaus National Forests.

“Allen was the perfect example of a fantastic human being, and a natural leader in our fire and fuels world!” stated STF Groveland District Ranger Jim Junette. He added, “The agency was a better place because of him, and those in the community will continue to benefit from his tireless efforts to protect our communities. God speed brother.”

During retirement, he became the coordinator for Southwest Interface Team (SWIFT) and helped with local fire safe councils which advocate a collaborative approach to achieving fire-adapted communities. Highway 108 Fire Safe Council President Glenn Gottschall recounted, “Allen Johnson was one of the most cordial and helpful individuals I have known. If you needed something, he was always willing to help offer his assistance. He had a lifelong interest in fire and fire management, working for the Forest Service and National Fire Teams and after retirement leading SWIFT.” He detailed, “This group provided coordination and leadership in fire safety issues with the Highway 108 and the Yosemite Fire Safe Councils and all fire agencies, organizations, and local communities in the Tuolumne and north Mariposa counties. Allen provided a sounding board and sound advice to all of us. My deepest sympathies go out to his family, friends, and co-workers. I will sorely miss him.”

Remembered for his Hawaiian shirts and love of the Dodgers baseball team, Forest service officials relayed that Allen was a kind, caring and compassionate man who was a friend, mentor, and teacher to many. STF retired Forest Fire Management Officer and longtime friend of Allen, Jerry McGowan, shared, “Allen was a good fireman, good fisherman, and good friend.”

A memorial for Allen will take place on Sunday, September 26th with further details to follow, according to forest service officials. A Memorial fund Facebook page has been set up to share memories, condolences, and pictures, click here.