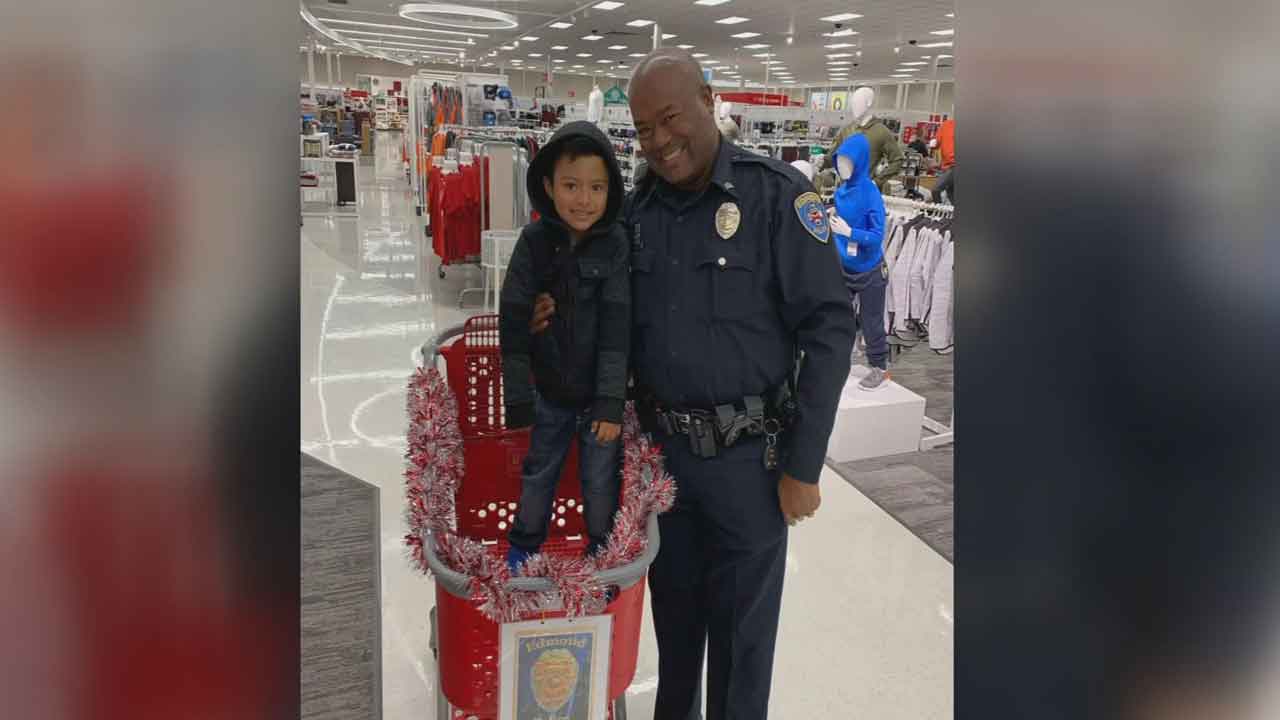 Sergeant Gerald Dixon started with the Edmond Police Department in 1988. In that time, he’s touched a lot of lives in the Edmond community. Now as he plans his retirement, the department and the city are celebrating what he has meant to so many people.

Dixon has always known he wanted to be a police officer. It started in kindergarten when his teacher’s husband, a police officer, came to speak to his class. At that moment he knew his calling.

Now 38 years as an officer and close to 33 with the Edmond Police Department, he recalls a significant memory.

“It happened about 1995. I was working security after the prom. A kid showed up sloppy face, throwing up drunk. We found him in the restroom on the floor,” Dixon said. “What makes that memorable? Because about six months later the kid calls me and thanks me for arresting him. He said, ‘Thank you because I had to do a check on my future, and I was headed down the wrong road.’”

It is moments like that, that have encouraged him through the years, and he’ll take those memories with him.

In his time at the department, he’s worked in many capacities, but most of his years have been spent working with kids. First with the D.A.R.E. program and then as a school resource officer. That makes it almost impossible to go anywhere in Edmond without bumping into a student or former student that he’s impacted.

“If you’re ever at a football game or basketball game standing next to Gerald and a hundred kids will come up and say, ‘Mr. Dixon – Officer Dixon,’” said Deputy Chief Tim Dorsey.

Dorsey has worked with Dixon for most of his time at the department and counts him as a close friend and a humble man of character.

“I think Gerald could have been promoted if he wanted to a long time ago,” said Dorsey. “But I talked with him about that, and he told me he really thought that he could be more of an influence working in the schools, and I certainly think he’s right.”

Dixon is not one for attention or accolades, so when U.S. Representative Stephanie Bice recognized his service on the House floor, it completely overwhelmed him.

“I rise today to honor the life and service of Sgt. Gerald Dixon of the Edmond Police Department,” said Bice.

Dixon couldn’t hold back his tears as Bice thanked him for his service to the community.

Dixon isn’t sure what retirement looks like for him, but said his immediate plans are to simply relax and get some much-needed rest.