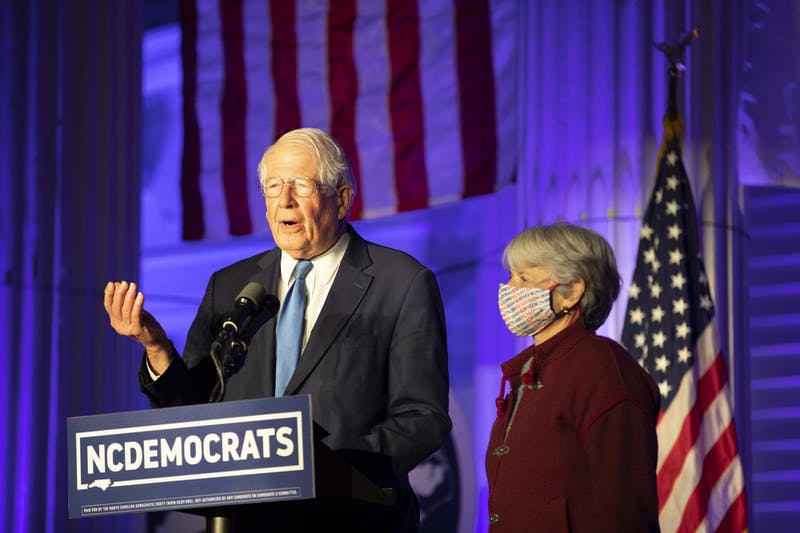 Democratic Rep. David Price has represented North Carolina’s 4th Congressional District for more than 30 years. Last week he announced he will not seek reelection and will retire at the end of his term in December 2022.

Price has represented the district since 1987 for all but two years. With his retirement, Price will be leaving behind his leadership positions as chairperson of the Transportation, Housing and Urban Development Appropriations Subcommittee and the House Democracy Partnership, a bipartisan group that works with legislatures overseas to improve governance.

In a district Price has easily carried for the past three decades, the district is all but certain to remain as a Democratic stronghold. Still, a new face could bring new ideas, policies and an agenda that may differ from Price’s.

In his role as chairperson of the Transportation, Housing and Urban Development Appropriations Subcommittee, Price was instrumental in securing assets for the district to develop affordable housing. With recent census data indicating that the Triangle’s growth is twice the state rate, continuing to direct resources to develop affordable housing will be essential for the new representative.

With the surge in population, we would like to see a new representative continue to improve access to health care, equal education and reliable transportation.

One area where a new representative needs to do a better job is combating poverty. Price notably received a 25 percent rating in 2017 and a 28 percent in 2020 from RESULTS, a US non-partisan advocacy organization that aims to find long-term solutions to poverty.

Price’s lack of action to combat poverty will be a job for the new representative to solve. Areas in the 4th District such as southeast Raleigh struggle with a poverty rate close to 25 percent. The state of North Carolina remains the 15th highest in the nation.

Recent census results has awarded North Carolina a new congressional district, with the drawing of the planned 14th Congressional District underway. Since the state’s population growth has been centered around the Triangle and Charlotte area, experts anticipate a new district to be drawn in one of these two areas.

A potential shift could certainly shift the voting demographic in the 4th District to favor either a moderate or a progressive democrat over the other.

With the Democratic primary to fill Price’s seat slated to take place on March 8, several candidates are already eyeing a run.

Democratic State Senator Wiley Nickel of Cary has already announced his campaign. Nickel is a lawyer who served in the Obama administration. In the Senate, Nickel has attempted to raise state employee salaries and overturn a state ban on collective bargaining by public-sector employees.

Already, Nickel has raised over $250,000 for a campaign run. Nickel hopes to take on Washington on delivering quality education, protecting reproductive rights and fighting climate change.

McKissick Jr. has been eyeing a congressional run for many years after his service on the Durham City Council and in the North Carolina State Senate. He resigned from the state senate in 2020 to take an appointment in the N.C. Utilities Commission. He also currently serves as the first vice-chairperson of the North Carolina Democratic Party.

In the Senate, McKissick Jr. was most notably the primary sponsor of North Carolina’s Racial Justice Act that passed in 2009. He was also known for legislation around sustainable development issues and recodifying North Carolina’s land use and zoning laws.

Allam, the first Muslim woman elected to public office in North Carolina, is “strongly considering a run”. She expressed her desire for the district to honor Price’s legacy with a bold progressive who fights for our community.

Allam, a former political director for Bernie Sanders, was elected in 2020 running her campaign centered on increasing teacher salaries and creating a resource center for immigrants in Durham.

With the 2022 election cycle starting up, it will be exciting to see what a new face will bring to the state. A new representative for the area could bring innovative changes to the 4th District.

To get the day’s news and headlines in your inbox each morning, sign up for our email newsletters.