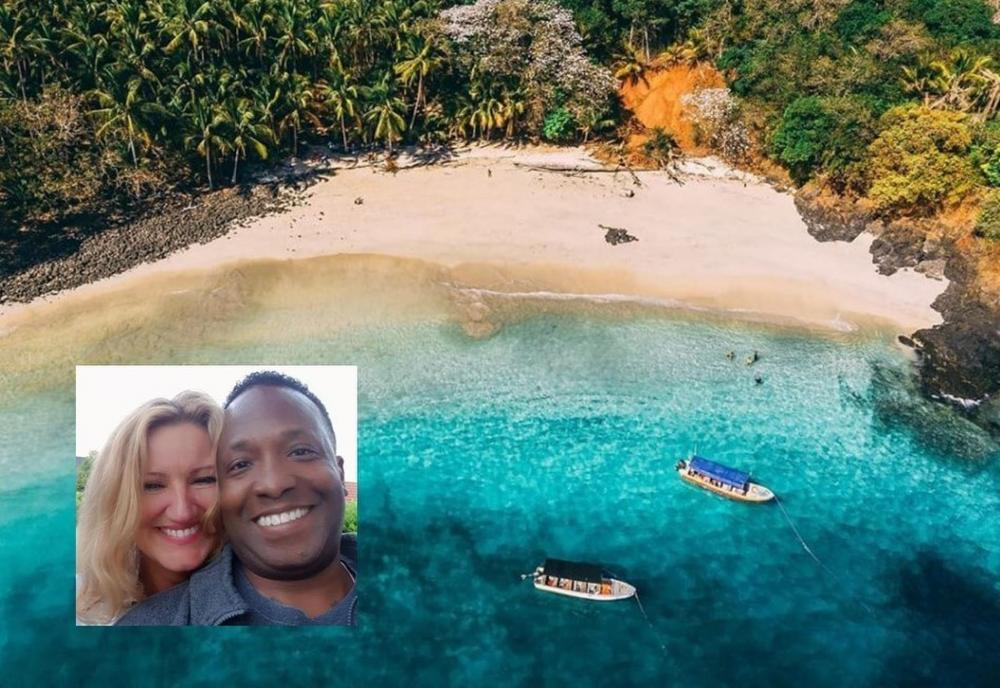 STUTTGART, Germany – After nearly four decades of service to a grateful nation, the Soldier for life and his lovely wife will be moving from Europe to one of Central America’s tropical paradises to enjoy retirement.

Craig and Marion Marita Shields will soon be moving from Germany, where Craig serves as the director of the 405th Army Field Support Brigade’s Logistics Readiness Center Stuttgart, to the beautiful Latin American country of Panama.

Craig plans to relax and enjoy his retirement while Marion Marita, a freelance systems consultant and book author, has her sights set on opening an art gallery featuring her paintings.

They have a very good retirement plan in Panama, especially if you’re over 55, Shields said. And it’s an interesting culture. The climate is very agreeable with no hurricanes.

“When you make a decision to retire, you want to do something that takes you out of the rotation. We wanted a change of pace and scenery,” Shield said. “Panama provides this.”

“In the past, I’ve sometimes jumped with no green light and I’ve always landed safely,” Shields said. “This time I’m supporting my wife’s wishes. We prayed on it, and it’s in God’s hands so I know it will all work out.”

What surely will be an amazing new chapter for the Shields family also closes the door on more than 37 years of service with the Army. Starting out as a wheeled-vehicle mechanic in Germany in 1983 and completing his Army career as the LRC director for a community of about 29,000, Shields leaves behind a legacy of faithful, selfless service.

“While serving in the Army, I think I’ve had between 12 and 15 jobs,” said Shields, who among others has served as an operations noncommissioned officer, personnel and administration NCO, brigade maintenance NCO, corps maintenance supervisor, German-American liaison officer, plans and operations chief, brigade contract manager and assistant program manager

“I even served as a German and Russian linguist at a German Border Camp during the Cold War,” said Shields, who is originally from Baltimore.

“You don’t get that kind of experience anywhere else. It’s been very fulfilling, and there’s been tons of opportunities that otherwise wouldn’t have been possible in the civilian world,” said Shields who retired from active-duty Army status as a senior NCO after nearly 23 years.

Shields, who also served 14 years as an Army civilian employee, has done even more during his free time. Outside of work, he’s a gardener and a deep sea diver; he was one of Germany’s top DJs at one point, and he coached three Golden Gloves boxing champions, a U.S. Olympian runner-up finalist and the third female to ever be nominated for the All Army Boxing Team.

With retirement on the Panamanian horizon, Shields said he’s going to miss the people, the mission and the opportunities the most.

“This job in Stuttgart is my last one, and it was the first job I ever asked for. But if there’s one to ask for, it would be LRC Stuttgart. It’s the crown jewel,” Shields said. “We’ve had a lot of challenges here, but we’ve been able to work through all of them because the people show up every day and they’re willing to put in the work to try to make things better.”

This work, LRC Stuttgart director to retire, move to tropical paradise of Panama, by Cameron Porter, identified by DVIDS, must comply with the restrictions shown on https://www.dvidshub.net/about/copyright.