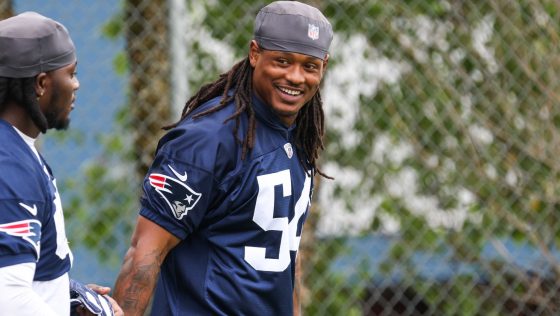 Patriots linebacker Dont’a Hightower opted out of the 2020 season, and this offseason talk that he might retire bubbled up. But Hightower is at the Patriots’ minicamp this week, and he dismissed the retirement talk as just rumors.

“All the rumors about retirement,” he told reporters, via the Boston Herald, “y’all had me thinking someone was trying to kick me out.”

Hightower stands by his decision to opt out, but he said that was entirely about 2020 and the COVID-19 pandemic and not about a desire to leave football altogether.

“If I had to do it again, if I had to go back and do it, I would absolutely do it again,” Hightower said. “It was really just for the season. I wasn’t planning or discussing anything like that.”

Patriots coach Bill Belichick was complimentary about Hightower’s offseason work, and from all indications Hightower will be back in the Patriots’ starting lineup this season.