Donaldson to retire at end of school year | Northwest 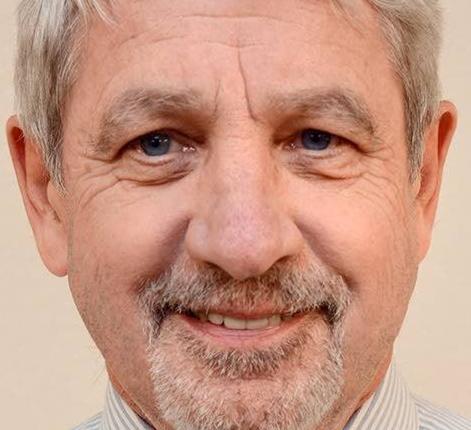 The Lewiston School Board accepted Superintendent Bob Donaldson’s retirement, which will go into effect July 1, at its Monday night meeting.

Donaldson has been with the district for 32 years and spent the last eight years as the district’s superintendent.

“Bob has been an outstanding leader for us,” said school board President Brad Rice after the meeting. “He can be firm when he needs to be firm, he can show strength and resolve, but at other times he can empathize with people and show compassion where it’s appropriate. It’s kind of hard to find leaders that can traverse that kind of range, but he does that well and I think that’s a testament to his skills as a superintendent.”

Donaldson said he’ll miss the staff and students the most when his retirement goes into effect.

“I’m still loving (the job), but I’d rather retire when I have that attitude and I’m still having fun and I’m pumped up to come in every day rather than feeling burnt out,” Donaldson said prior to the meeting. “I’ve had a great tenure here with the district, but it’s just time for a change in leadership, I think.”

Rice said Donaldson was instrumental in getting the bond approved that allowed the new high school and the district’s career technical education center to be built. He also said Donaldson’s vision allowed the district to reconfigure its schools into a model that introduced middle schools and all-day kindergarten.

Donaldson played a large part in crafting a plan that allowed students in the district to attend in-person school during the coronavirus pandemic, Rice said, which forced many other districts into hybrid or remote models of learning.

“When you see where the Lewiston School District is at and compare that to schools within our region, we navigated the crisis (of the pandemic) with very little disruption,” Rice said. “I have to give credit to Dr. Donaldson for leading us through that. He did an excellent job.”

Donaldson said he plans to stay busy when his retirement goes into effect. He said people have reached out to him about some other opportunities that don’t carry as much pressure as his current position. While it’s still too early to say if he’ll accept any of those offers once the school year comes to a close, Donaldson said his focus remains on the job at hand.

“During the time remaining, I will be totally committed to the duties of the office of superintendent, supporting the board in whatever way I can with the transition process and providing leadership as we close out the 2020-2021 school year,” said Donaldson in an email to district staff.

The school board will hold a special meeting at 6 p.m. Monday to discuss its next steps, but one thing is for certain, Rice said.

“Whoever gets the job will have big shoes to fill,” Rice said.