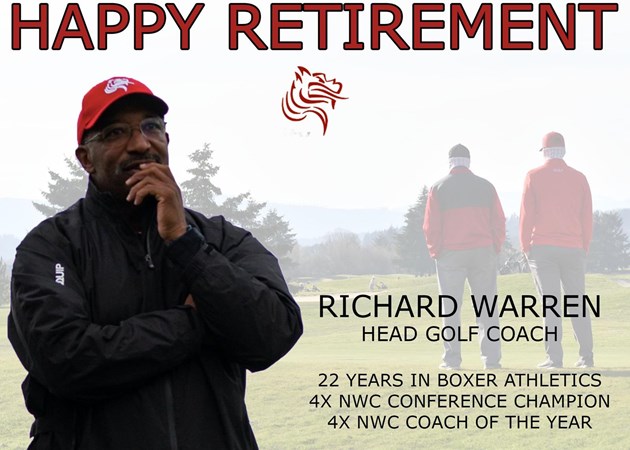 Coach Warren found success with the women’s program winning four conference championships in five years. The Boxers claimed titles in 2004, 2005, 2006 and 2008 with Coach Warren winning NWC Coach of the Year honors in each of those years.

In the men’s program, Coach Warren led Max Bonk to back-to-back conference titles in 2008 and 2009, while also taking Bonk as an individual qualifier to the NCAA Division III National Tournament in 2008 and 2010.

Coach Warren’s personal claim to fame is that he won an additional Coach of the Year honor in his first year coaching volleyball at Yamhill Carlton High School.

“Over the past two decades, Coach Warren has positively impacted Pacific University and Boxer athletics while serving our student athletes’ growth on and off the course,” said Athletic Director Keith Buckley, “We will truly miss him but congratulate him and wish him the best in his retirement.”

Coach Warren we wish you all the best, Once A Boxer, Always A Boxer!