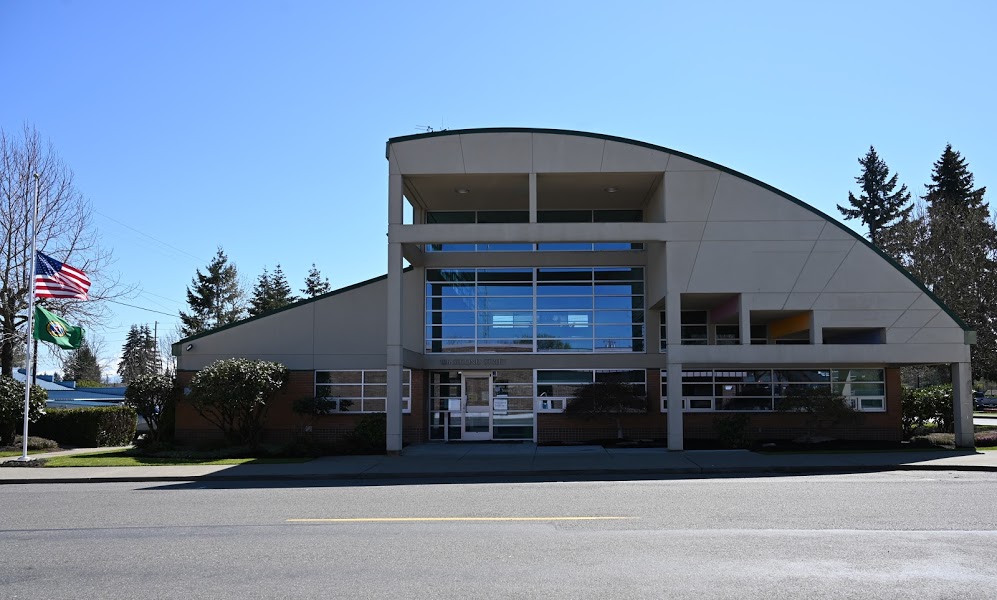 By the time City of Yelm Community Development Director Grant Beck retires on August 6, the structure of the departments he oversaw for 19 years will look noticeably different. Effective May 24, the city reconfigured several key divisions to streamline operations both internally and externally.

“This is part of the natural evolution of Yelm,” says Mayor J.W. Foster. “We’ve grown from a town of 2,500 to 10,000 and our employee base has gone up by 30% over the past 25 years. We wanted to make processes more efficient for our employees and our customers.”

During his tenure, Beck oversaw two departments that don’t typically mesh: Community Development and Information Technology (IT). It was a classic case of the role fitting the skills of a specific team member rather than the other way around. “We’re a small team,” says Foster. “Grant agreed to take on the IT component, and he did a great job with it. In the long run, however, the marriage of IT and Community Development didn’t make sense.”

The city staff came together to consider what departments should be consolidated, what new roles were needed, and what they should be called. Three new departments emerged, two externally focused and one centered internally: Community Services, which includes communications, billing, administrative support for the mayor and city council and the city clerk’s office; Public Services, which combines Public Works and Community Development; and Administrative Services, a consolidation of Human Resources and IT.

Former Public Works Director Cody Colt is the new Public Services Department Director. He believes the new configuration will benefit both staff and customers. Previously, if a resident had a permit request or wanted to build a structure, the paperwork would pass through the Planning Division and the Engineering Division before eventually winding up in Public Works. Multiple conversations would be necessary, and the application would bog down as a result.

“There were just so many layers to the process,” says Colt. “With this merging, the planning team can immediately talk to Public Works. Everyone is in the same department so they can jump into a meeting, communicate, and handle all their business. One director is reviewing those things and there’s no confusion. From a customer service standpoint, we can streamline the process and really get things done.”

The change also helps the Community Services Department staff by giving them one place to direct questions. “We used to have this routing issue where people weren’t sure if they should call planning or engineering, depending on the issue,” says Colt. “Now it’s all Public Services. That helps our front counter people who don’t have to navigate a huge phone tree to get answers.”

Kathy Linnemeyer directs the new Community Services Department and provides support for Mayor Foster, the Yelm City Council and the City Administrator. One of her first challenges was standardizing the structure and procedures for the different boards and commissions. “We started gathering information and realized that they had different membership limits, different term limits, and other inconsistencies,” says Linnemeyer. “We made updates to our municipal codes, developed roles and responsibilities, and created work plans for them.”

Now all boards and commissions have five members with staggered four-year terms. Each has an agenda and minutes template, along with a yearly calendar for support staff to review membership so that when a board member’s term is due to expire, the city can advertise early. “Every board and commission is using the same agenda and there is consistency,” says Linnemeyer. “It’s been quite a process.”

Former City Clerk and Human Resources Director Lori Lucas is now the Administrative Services Director. Combining HR and IT made sense, according to City Administrator Michael Grayum. “Both deal with confidential information,” he explains. “Our HR systems and record-keeping are digital. It made sense to keep all that confidential information on the IT and HR side, under one team and one leader.”

For city employees, opportunities to cross-train are an additional benefit of the new structure. Within a small staff, if one person is gone for a time, it has a greater impact than it would in a larger organization so it’s important for employees to know how to perform each other’s roles. That in turn might lead to growth potential and taking on new positions.

Many of the structural changes went into effect on May 24 but some are still in progress and need to be approved by the city council at their June 22 meeting. When Beck retires, he can take satisfaction in knowing that he grew the community development into what it is today and brought the City of Yelm into the digital era. “Full kudos to Grant for what he’s done over the last 19 years,” says Foster. “We appreciate all the innovative startup initiatives he created within the city that have now taken on a life of their own.”

Learn more by visiting the City of Yelm website.