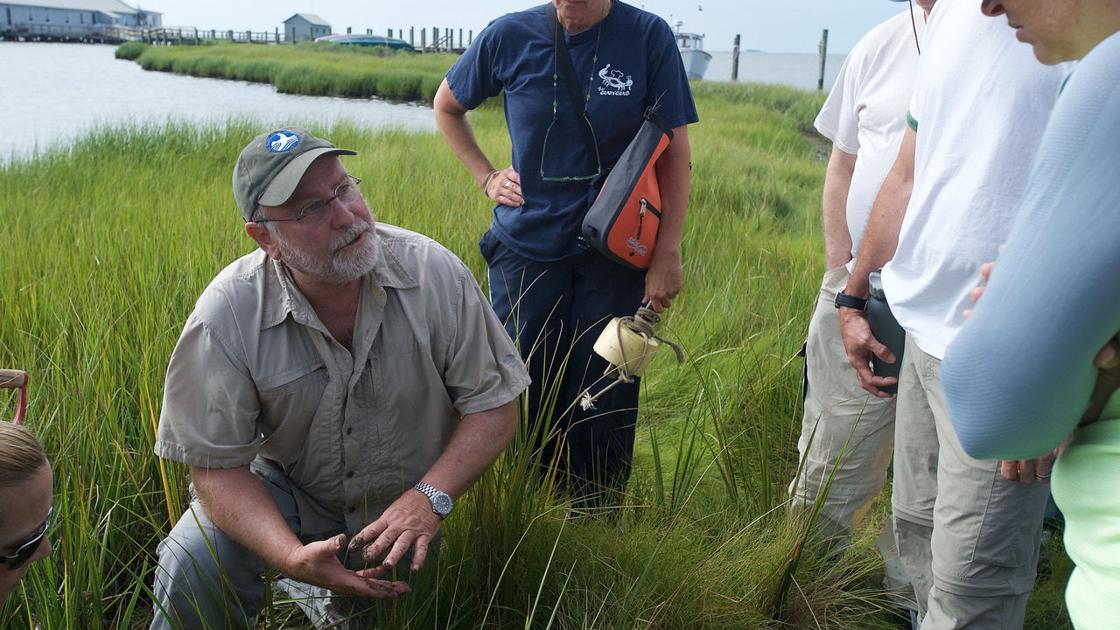 “That was partly so that teachers would know what to expect for their students on these trips, and also to help make sure the students were properly prepared, dressed correctly for the weather and with plenty of suntan lotion,” he said.

But Portlock said it quickly became clear that teaching teachers critical lessons about the Bay was a way to get the message magnified exponentially.

He treasures the connections made teaching out on the water, especially those with watermen.

“It can be blowing hard on the Bay, with seas rough and tumble, and I’d hear Captain Jessie or Captain Lonnie say something like ‘It’ll settle down in an hour and a half because that’s when the tide’s gonna turn,’ ” Portlock recalled. “And sure enough, 90 minutes later, the flood tide stops and the wind drops. And you think to yourself, how does that even work?”

Portlock said he has maintained connections with a number of teachers and former students, one of whom had contacted him the morning of my visit to ask where she could find tundra swans. He recommended Washington’s Birthplace in Westmoreland County.

Though he worked on all sorts of other projects—from planting trees and underwater grasses to restoring oyster beds—Portlock returned during our conversation time and again to the students he taught.