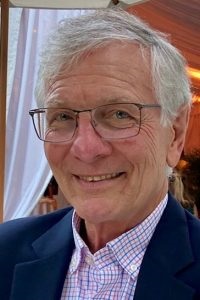 Brad was a proud 1972 graduate of the U.S. Military Academy, West Point, New York. He served in the U.S. Army, retiring with the rank of major in 1992. He was an armor officer, then became an Army aviator. After his military retirement, he worked as a civilian contractor and then served as a Department of Defense financial analyst, retiring in 2017.

Brad enjoyed traveling extensively with his wife, Lynn, and especially spending time at their home they built on Bequia, St. Vincent, and the Grenadines. He liked golfing, kayaking and biking.

He was preceded in death by his father, Edwin Holtz; and brother, Bob Holtz.

Final services will be planned at West Point, New York, at a later date.

Memorial donations may be made in Brad’s memory.

Share online condolences with the family at Wilmington Funeral & Cremation.