Can States Be Trusted To Manage Retirement Savings? Two New Reasons For Concern 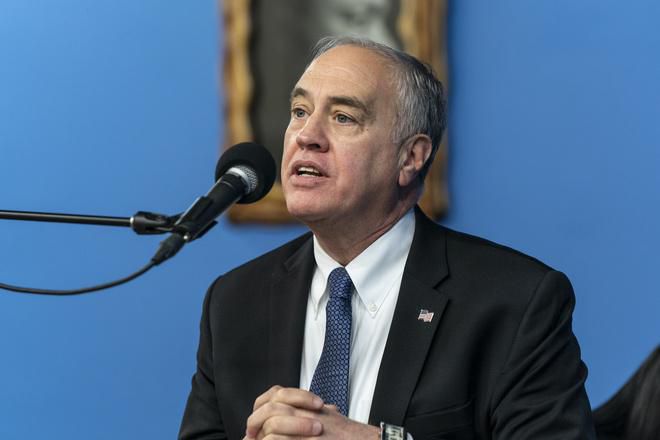 “Public pension funds overseeing more than $1 trillion are piling pressure on BlackRock
, the world’s largest asset manager, to ramp up disclosure of its political activities in the wake of the Jan. 6 assault on the U.S. Capitol.

“In a Monday letter to BlackRock CEO Larry Fink, 24 officials from retirement funds accuse the Wall Street giant of failing to ‘demonstrate leadership in its own practices or in its role as a top shareholder.’

“And they are asking whether the firm intends to swear off contributions to the 147 congressional Republicans who opposed certifying President Biden’s election. The officials also want BlackRock to detail all of its political spending and throw its weight behind shareholder proposals to force similar transparency from companies in which it invests.”

Who were these officials? Some of them are representatives of public pension funds; others, state treasurers, including the state treasurers of Illinois, Michael Frerichs; Maine, Henry Beck; Massachusetts, Deborah Goldberg; Maryland, Nancy Kopp; and Colorado, David Young.

And these officials sent similar letters to JPMorgan Chase
, Fidelity Investments, Vanguard Group, Bank of New York Mellon
, and State Street. (Thanks to Illinois watchdog group Wirepoints for noticing this.)

In all of these cases, the officials signing these letters are neglecting their fiduciary duties, that is, their obligation to make investment decisions based on the interests of the plan participants (and taxpayers), assessing risk and return.

And with respect to Illinois in particular, while one of the signatories represents the State University Retirement System, State Treasurer Frerichs’s fiduciary responsibilities extend beyond state pensions: Illinois has an “auto-IRA” plan, that is, a requirement that all employers who don’t provide other retirement benefits must automatically enroll (with opt-out allowed) their employees in the state’s SecureChoice program. And, yes, as it happens, BlackRock is the investment manager for those funds. Was Frerichs making his demands of BlackRock in his capacity as the elected official ultimately in charge of the SecureChoice program, or in his capacity as the elected official ultimately supervising other sorts of investments Illinois may have with BlackRock? Does it make a difference? The fact that state auto-IRA retirement savings plans mean that they choose investment managers and are able to make demands of those managers, means that they have opportunities to play politics with their state residents’ money.

And here’s a second report, from Bloomberg just two days ago: “N.Y. Pension Prods Companies to ‘Confront Institutional Racism,’ Or Else.”

“The New York State Common Retirement Fund, the third-largest U.S. public plan, said it’s pressing companies to boost their ethnic and gender diversity, and will vote against directors who fail to act.

“’Companies must root out racial inequality, just as they would root any other systemic problem that puts their long-term success at risk,’ New York State Comptroller Thomas P. DiNapoli said in a statement Thursday. ‘Corporate America must join in the national reckoning over racial injustice and confront institutionalized racism.’

“The New York pension, which has $248 billion of assets, plans to file shareholder proposals supporting increased diversity on corporate boards. It also will seek better disclosures about the gender and ethnic breakdown of companies’ employees. The fund said it will vote against board members who ignore these requests.”

Regular readers will recall that New York’s public pensions are fully funded not because the state has an outstanding level of virtue or public-spirit-edness, but because the state’s Supreme Court ruled that its own constitutional pension guarantee further required that public pensions be fully funded. What’s more, the Court ruled that the state Comptroller had a fiduciary duty to make investment decisions by taking into consideration solely the benefit of the fund, and for no other public/political purpose. Already, New York’s decision to divest from fossil fuel companies seems to be in violation of that court decision, and the new announcement hardly seems more justifiable. Yes, DiNapoli rationalizes the action as an avoidance of companies which “put their long-term success at risk,” but it’s simply not credible that his motive is long-term investment success rather than the political objective of promoting anti-racism goals.

Readers, I have long been of the opinion that it’s a sensible approach to enable savers to choose among multiple retirement funds, so that they are able to reflect their particular ethical concerns, whether this means an “ESG” (environmental, social, and governance-issue focused) fund or a religious-screening approach, such as excluding companies which donate to Planned Parenthood (Ave Maria Funds) or which are in the alcohol industry (GuideStone Funds).

But no state official should be using investors’ money to play politics — not the money of individual investors through state-run IRAs or the retirement savings accounts of state employees, and not the money of public pension funds. And, frankly, I find it appalling that these sorts of actions aren’t universally considered to be wholly out of bounds — but I suppose living in Illinois (newly-declared the third-most-corrupt state, with Chicago as the most-corrupt city), I suppose I should lower my expectations. Readers in the remaining 49 states, however, should watch carefully.