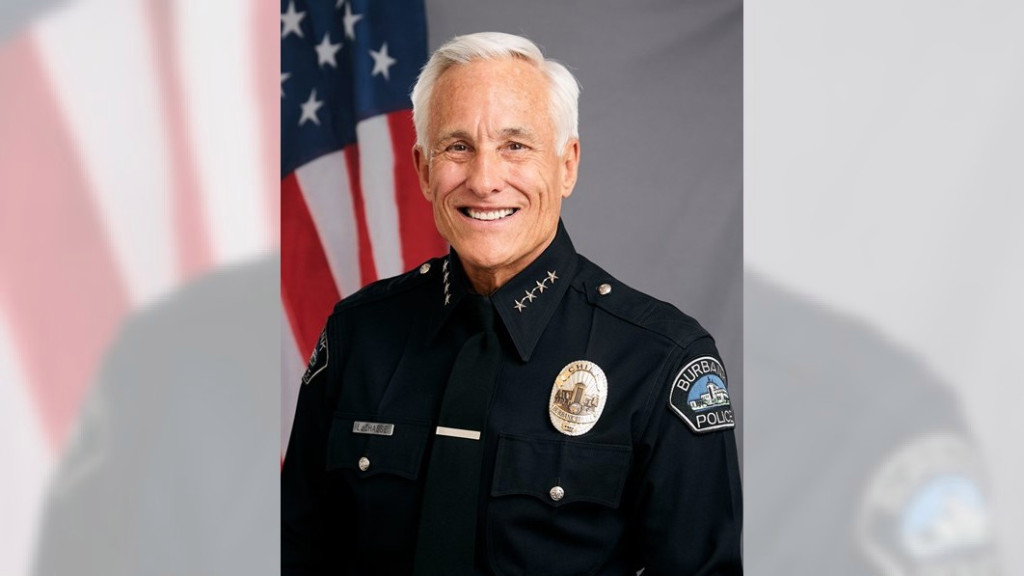 LaChasse’s last day as chief will be July 6, and will mark the end of his more than 11-year tenure in that position.

“Over 11 years ago, the chief came to the department at a time of turmoil and uncertainty,” said Burbank City Manager Justin Hess in a statement. “From implementing progressive policing policies to instilling strong organizational values and a culture of continuous improvement, the chief leaves an impressive legacy.

“His leadership will be felt for many years in the future through the innovations and systems that he brought to the BPD.”

LaChasse’s career began in March 1970, when he joined the Los Angeles Police Department. He remained with the department for 32 years and reached the position of deputy chief.

His last assignment with the LAPD was commanding officer of the Operations South Bureau, which included a command of approximately 1,800 personnel.

LaChasse was appointed chief of the Burbank Police Department on Jan. 7, 2010. He instituted a strict audit schedule and obtained the services of the Office of Independent Review to conduct independent audits of complaints from the public, use of force, bias policing, police vehicular pursuits and related matters.

LaChasse also expanded the BPD Community Academy, a program which exposes Burbank residents to the personnel and operations of the department, including those who speak only Spanish and Armenian.