Billionaire investor Peter Thiel has $5B in his tax-free retirement account, report finds 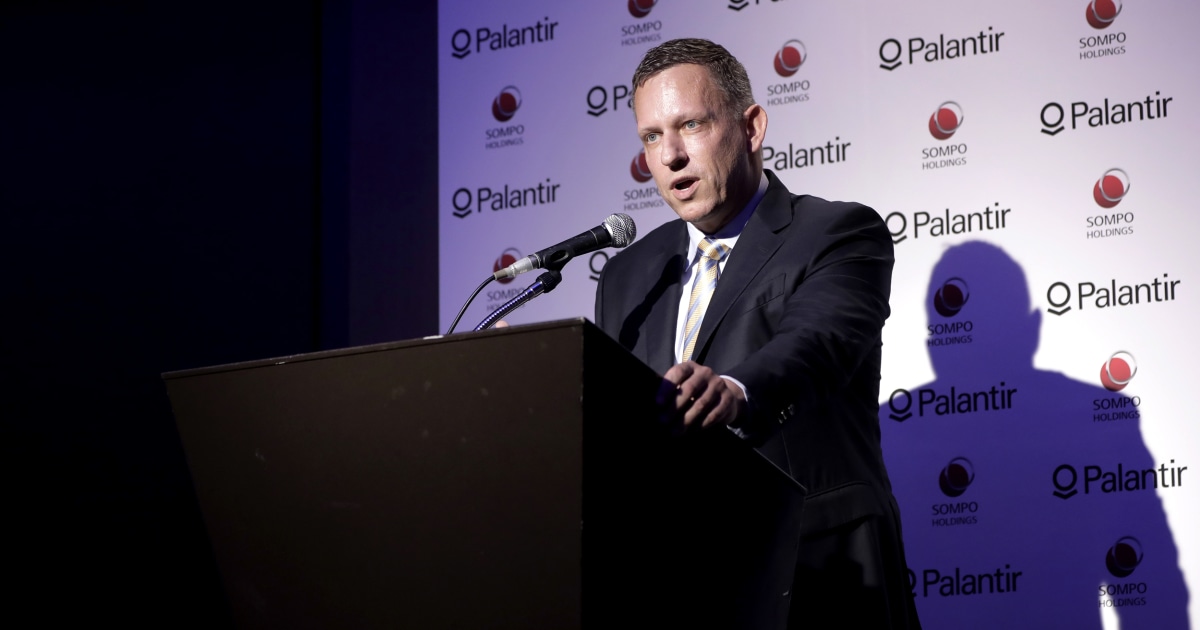 Peter Thiel, the luminary venture capitalist billionaire, has used a common personal retirement account as his own “$5 Billion Tax-Free Piggy Bank,” according to a new report from the nonprofit news organization ProPublica.

Roth IRAs, which were created in 1997, are meant to serve as an incentive for people to save money now and be able to withdraw it tax-free for retirement. People pay taxes on the initial income, but then they do not pay taxes on any capital gains accrued by assets in the Roth account.

ProPublica found that Thiel and other wealthy Americans have used this structure to stash assets that are currently worth millions or even billions of dollars in value and could be withdrawn at retirement age tax-free, according to tax documents it reviewed.

NBC News has not independently verified the documents, and ProPublica declined to disclose how it had gained access to what it has previously called a “vast trove of Internal Revenue Service data on the tax returns of thousands of the nation’s wealthiest people, covering more than 15 years.”

ProPublica does not allege any illegality by Thiel or anyone else named in the article but questions the effectiveness of a tax system that allows for what it calls “supercharged investment vehicles subsidized by Americans taxpayers.”

ProPublica said the documents showed that Thiel started a Roth IRA 22 years ago with assets that at the time were worth less than $2,000. Those assets are now valued at $5 billion. According to ProPublica, Thiel began the Roth IRA with his shares of his startup, PayPal, which he originally co-founded in 1998 under the name Confinity.

Sen. Ron Wyden, D-Ore., chair of the Senate Finance Committee, slammed Thiel’s alleged use of the tax system to his advantage.

“IRAs were designed to provide retirement security to middle-class families, not allow mega-millionaires and billionaires to avoid paying taxes,” he said in a call with reporters on Thursday.

Tom Anderson, the adviser and now-retired president of PENSCO Trust Company who advised Thiel and other PayPal executives in 1999 on how to invest their early shares of the company, said Thiel had the idea of putting the startup’s shares into a traditional IRA. But Anderson suggested he use a Roth IRA instead.

“I said, ‘If you really think this is going to be big, you know, you might want to consider this new Roth,’” Anderson said, according to ProPublica.

Anderson, when reached by NBC News, did not dispute ProPublica’s characterization.

Three years later, in 2002, when eBay acquired PayPal, Thiel sold his 1.7 million shares but kept all of the proceeds inside his Roth IRA, ProPublica reported. By the end of that year, Thiel’s Roth IRA was worth $28.5 million, ProPublica found. In 2004, when Thiel spent $500,000 and received in return a substantive stake in a nascent Facebook, that too went into Thiel’s Roth IRA account. Thiel remains on Facebook’s board of directors.

Tax experts said Thiel was clearly taking advantage of the Roth tax allowances. Annual contributions are capped, but capital gains on previous investments are not.

“It’s a wildly inappropriate use of the Roth IRA, even if it’s legal,” said Steve Wamhoff, the director of federal tax policy at the Institute on Taxation and Economic Policy and a former tax policy analyst for Sen. Bernie Sanders, I-Vt.

“Lawmakers said that they were trying to encourage retirement savings and make it easier for people to have a secure retirement, but what it’s actually doing in some cases is make the wealthy become wealthier,” Wamhoff said.

Had Thiel not employed this technique, he almost certainly would have had to pay capital gains taxes to federal and state authorities in California, where he lived at the time, according to ProPublica.

Longtime tax-watchers have known about this problem and have even pointed to a 2014 report from the Government Accountability Office that illustrated the issue.

“Founders of companies who use IRAs to invest in nonpublicly traded shares of their newly formed companies can realize many millions of dollars in tax-favored gains on their investment if the company is successful,” the agency wrote, recommending that Congress examine the issue more closely. “With no total limit on IRA accumulations, the government forgoes millions in tax revenue.”