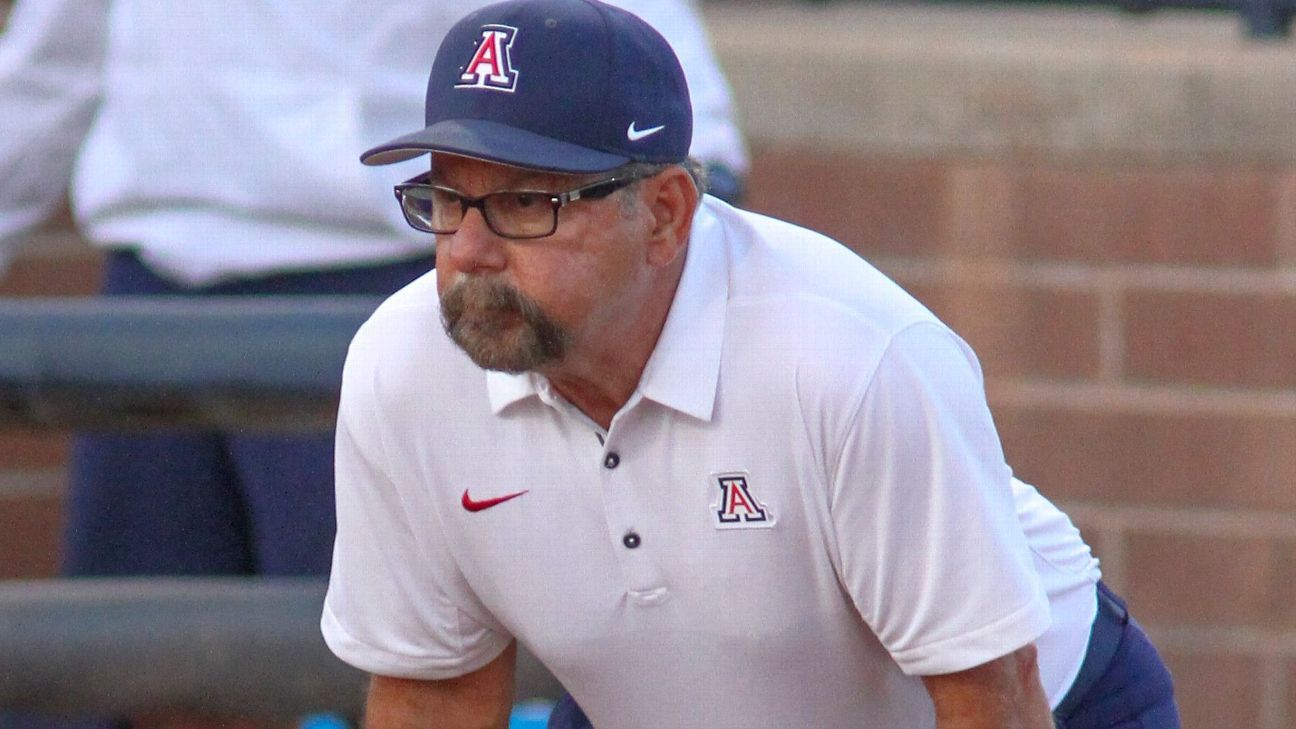 OKLAHOMA CITY, Okla. — After Arizona was eliminated from the Women’s College World Series on Saturday, an emotional Mike Candrea said he would make a decision about his future with the program “on my own terms.”

The winningest coach in college softball history, Candrea, 65, has coached at Arizona for 36 seasons, taking the Wildcats to 24 WCWS appearances and eight national championships — more than any coach in NCAA softball history.

Speculation has built over the course of the season that this could be his last one, and his players said repeatedly they wanted to win one more national championship for him. But the Wildcats fell short, losing 4-3 to Florida State on Saturday, the first time they were eliminated in two games in the WCWS since 2009.

“At the end of every year, once you get to my age, you kind of evaluate life and things, and the only thing I can tell you is when that day comes, I will do it on my own terms and make that decision,” Candrea said. “But right now, I’m not in any position. I feel bad for these kids, and we’ve just busted our butts to try to keep playing. So I will let it all absorb and go from there.”

A large contingent of former Arizona players came to Oklahoma City to root on Candrea, and seniors Reyna Carranco and Malia Martinez were in tears as they spoke about the impact he has had on their lives.

“I’m just so grateful to play for him, that he gave me the opportunity,” Carranco said. “He’s like a second dad to most of our team. He’s like a father figure to all of us. We’re all so grateful. We know he’s going to be here throughout the rest of our lives and we’ll be able to count on him.”

Arizona jumped out to a 2-0 lead through five innings, and appeared to be on its way to staving off elimination. But Dani Morgan hit a three-run home run to give Florida State a 3-2 lead in the bottom of the sixth. The Wildcats fought back to tie the game in the top of the seventh, but the Seminoles won it in the bottom of the inning on a sacrifice fly.

During his postgame virtual news conference, Candrea talked repeatedly about wanting to leave his mark on the program, and what it means that his former players have stayed so connected.

“I told the kids, the one thing that I realized in my career, you’re really only the gatekeeper at the end of the day, and I just hope that this program is stable,” Candrea said. “I’ve tried to do the right things the right way, and I hope that it has an impact and influence on the kids that I coach. Because I think the one thing that I take very seriously is being a mentor and being a role model. I always tell them everything I do, I always think about how it’s going to affect them for all these years. I’m honored and blessed that I’ve been able to coach so many great young women.”

But that influence extends beyond his own program, where he won over 1,600 games. Candrea coached the U.S. Olympic team to gold in 2004 and silver in 2008, and has served as a mentor to coaches around the country as well.

“He’s impacted every college coach, whether they know him or they don’t,” Florida State coach Lonni Alameda said. “He’s taken this game to a whole other level, not only collegiately but internationally. He’s such a class act. He’s always there as a phone call. I was an assistant at Stanford. I could talk to him at any point and now as a coach across the country, I can call him and talk to him about anything and he’s willing to share anything and everything.