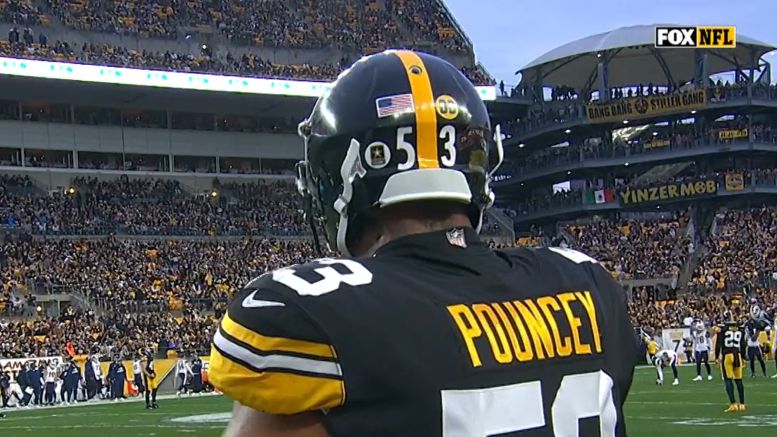 We have already heard a number of times this offseason that Pittsburgh Steelers center Maurkice Pouncey was contemplating retirement, according to a variety of reports, none of them formal or official. Some have gone so far as to say that it was likely that he would retire, but none of these ever in any way came from the team.

The closest that we have come to a formal acknowledgement of this was when team president Art Rooney II spoke to the media and, referring to Vance McDonald’s retirement, referred to another anonymous player in saying that somebody else might have an announcement coming up.

But new Steelers offensive line coach Adrian Klemm, who served as the assistant at that position for the past two seasons, acknowledged outright that this was the case. Speaking on the Coffee With Coach podcast, he told his host that “Pounce is deciding right now if he’s gonna retire or not” when speaking about the future of the unit.

That is, to date, the first and only acknowledgement from the team that Pouncey was contemplating retirement, therefore making it significant and worth highlighting. The 11-year veteran has been a full-time starter since his first snap in the NFL, and frankly, they don’t have a notable backup.

If Pouncey retires, it would require that the Steelers address the center position in a significant way, either with a free agent signing or a high draft pick, if not both, which is typically the route that they end up taking when looking to fil a need.

The only player of note on the roster who plays center in addition to Pouncey is first-year J.C. Hassenauer, who did start a couple of games this past season. Let’s just say that he could have performed better, and will not be starting in 2021 if the team can avoid it.

With that being said, Pouncey’s own performance has clearly been on the decline in recent years, and the 2020 season was perhaps the worst of his career, punctuated by his airmailing the first snap of the Steelers’ first postseason game in three years over Ben Roethlisberger’s head, recovered for a defensive touchdown.

The two were seen sitting together on the bench for a long time after that game ended as they both approach the end of their respective careers, having long said that they intend to go out together, the latter having played 17 years in the league.

Roethlisberger, however, has already stated that he wants to return for the 2021 season, and he and the team will soon be meeting to discuss his contract situation to make that happen. There have been reports that he is trying to convince Pouncey not to retire as well, which frankly is rather believable. Perhaps we will soon find out if he was successful in that endeavor.