Across Minnesota, police chiefs are opting for early retirement 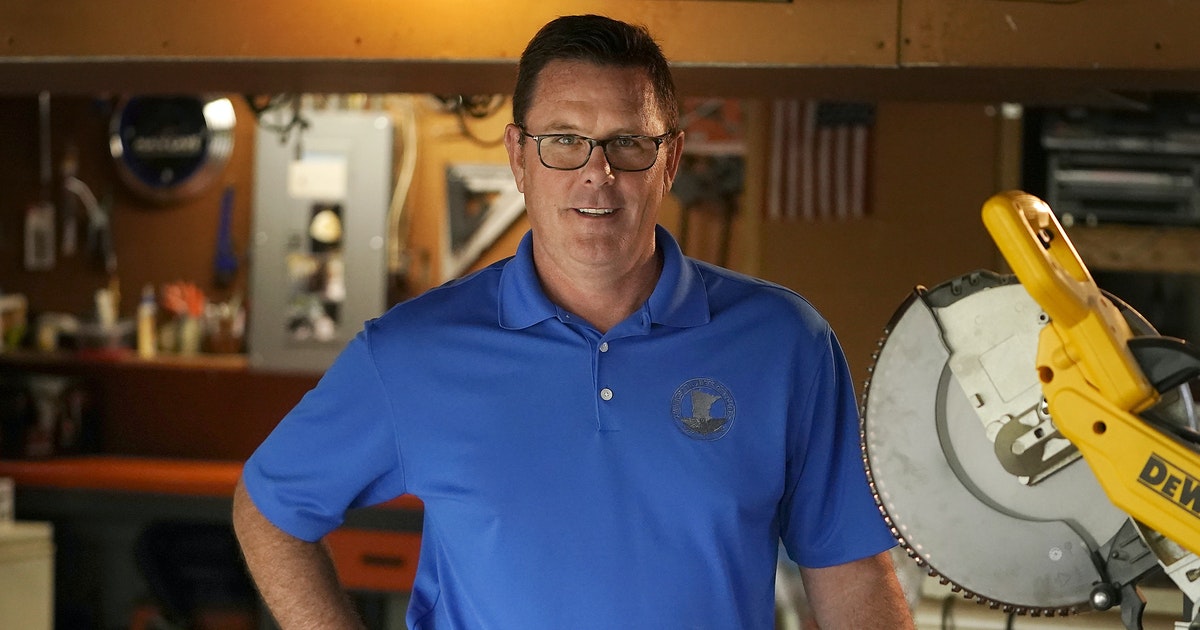 He rarely slept more than four hours a night. He missed his stepson’s hockey games. He never took a vacation. And when he was with family, he was worrying about an incident that would thrust his department into the spotlight.

“You worry, ‘Is that going to happen in my city tonight?’ And if it does, everybody knows how chaotic and stressful that’s going to be,” Potts said. “You just couldn’t get away from the constant concern and fear or worry.”

So Potts retired early at age 52, leaving in January after three decades with the department, including 12 as chief. And he’s not alone.

At least 32 police chiefs in Minnesota have retired this year — more than half of which were in the metro area — and another dozen retired in 2020. Public safety officials say this unprecedented number of departures is creating a wave of new leadership at departments still grappling with the COVID-19 pandemic and policing in a post-George Floyd world.

Communities across the country are seeing a similar exodus. The nonprofit Police Executive Research Forum surveyed nearly 200 police agencies this summer and found a 45% increase in the retirement rate nationwide.

In interviews, some former Minnesota chiefs cited fatigue and anti-police sentiment as part of their rationale for leaving.

“They’re stressed out, in some cases, perhaps slightly burned out,” said Potts, who is now executive director of the Minnesota Chiefs of Police Association. “And when they are afforded the opportunity to retire — perhaps even a little bit earlier than they otherwise would have — they’re just choosing to do that, because I believe it’s probably one of the most difficult jobs to do in this country today.”

Potts’ predecessor, Andy Skoogman, spokesman for the chiefs association and the Hennepin County Sheriff’s Office, said the state experienced a “small wave” of retirements in 2014 due to pension changes that increased the financial penalty for early retirement, but this wave is bigger and less predictable.

“It is unusually high,” Skoogman said. “And in some communities, there should be some concerns to ensure whoever is coming next is as best prepared as he or she can possibly be.”

But that preparation may be difficult, considering the stress and scrutiny chiefs are under, Skoogman said. To boot, the profession is in the midst of a 25-year low of new officers entering the field. With leaders leaving and not enough new people coming in, the public safety system is at risk of eroding, he said.

Former Roseville Police Chief Rick Mathwig retired in 2020 at age 55 after serving as the suburb’s top cop for 11 years. But in casual exchanges with hairdressers and clerks, he’d stopped saying what he did for a living years before.

“I stopped telling them I was police officer five or six years ago,” he said. “It was another conversation you wanted to avoid.”

Under Mathwig’s leadership, the department began releasing annual reports of officer use of force and traffic stops and launched efforts to improve officer diversity. He said city leaders supported and understood the work, but law enforcement critics — including some in other levels of government — were unrelenting.

“That last year including the pandemic was very tiring on my soul and my body. It was time to move on and let somebody else occupy that chair,” said Mathwig, who has moved to a full-time office job outside the department.

Former Maplewood Police Chief Scott Nadeau retired in June at age 55, after weighing factors including qualifying for full pension, added stress around the pandemic and a changing perception of police.

“It’s a stressful job in the best of environments. In the post-George Floyd environment, in the pandemic environment, it became much more stressful,” said Nadeau, who was also police chief in Columbia Heights. “There are a lot of things going on societally. You now have new issues. You have recruiting and retention. You have staff morale. I’ve been a chief for 14 years — the last two years were by far some of the most stressful.”

While he felt support from city leaders and many in the community, “the media and social media continue to be filled with the bad news and the things that aren’t working. It was frustrating. There was a lack of balance,” he said.

Nadeau has temporarily returned to law enforcement as the interim Golden Valley police chief. But suburbs are often filling chief positions internally. In Bloomington, Potts’ replacement, Mike Hartley, said he’s only leading the department until he retires in March. Former Brooklyn Center chief Tim Gannon, who resigned after the fatal shooting of Daunte Wright in April, was replaced by 19-year department veteran Tony Gruenig, who is interim chief as the city implements a package of public safety reforms.

Michelle Gross, founder of Communities United Against Police Brutality, said she can’t speak to any particular retirement but pushed back on the notion that reform efforts are anti-police.

“I don’t feel like there is an anti-law enforcement sentiment. I feel like people are crying out to reform a system that does harm to them,” Gross said. “If you are a person standing in the way of change, bye. Maybe this is clearing the deck for some people who will bring in a new culture and more receptive attitude.”

Newly hired chiefs say they take the helm fully aware of the changing realities of the job.

Erika Scheider was named Roseville’s chief last year. She’s been with the 55-officer department since 1997, working her way up from patrol officer to detective to deputy chief.

“The east metro is my home. I thought it was worth the challenges the position brings,” she said.

Scheider said she’s committed to the transparency, increased diversity and community outreach already underway, and is accelerating those efforts, including by creating a multicultural advisory committee. The 47-year-old mother of three said she’s also concerned about the health and well-being of officers, and now requires them to speak with a mental health professional annually.

Phil Baebenroth, 36, was sworn in as North St. Paul police chief this month, replacing Tom Lauth, who retired after 32 years with the department. Baebenroth said he had long, deep conversations with loved ones about taking a chief job amid what he described as a “hatefulness” of police in some pockets of society.

Baebenroth, a father of four, said he knows if there’s a critical incident such as an officer-involved shooting, he’s likely to lose his job along with officers involved. But he said he still believes in the profession and officers’ ability to contribute to the community.

“The benefits outweigh the risk,” he said.

Baebenroth said he is focused on officer wellness and making sure they have the time to be out talking to neighbors, shooting hoops with teens and getting to know their community. He said he and other chiefs are resisting efforts to reduce the profession to officers who simply rush from one violent emergency call to the next.

“That is a nightmare if you are just going from gun call to gun call,” he said. “It makes it very difficult to have those healthy community relationships.”

The chiefs who have left describe better work-life balance with more time and attention for families and hobbies.

Potts said he’s going on his first vacation — a wine tour in Napa, Calif. — and he’s been getting a full night’s sleep on top of finding time for woodworking. Mathwig said he has been working on home renovations and reading more.

“I still have more life in me,” he said. “I just wanted to get out of that profession.”