A retired teacher is tracking down former students to 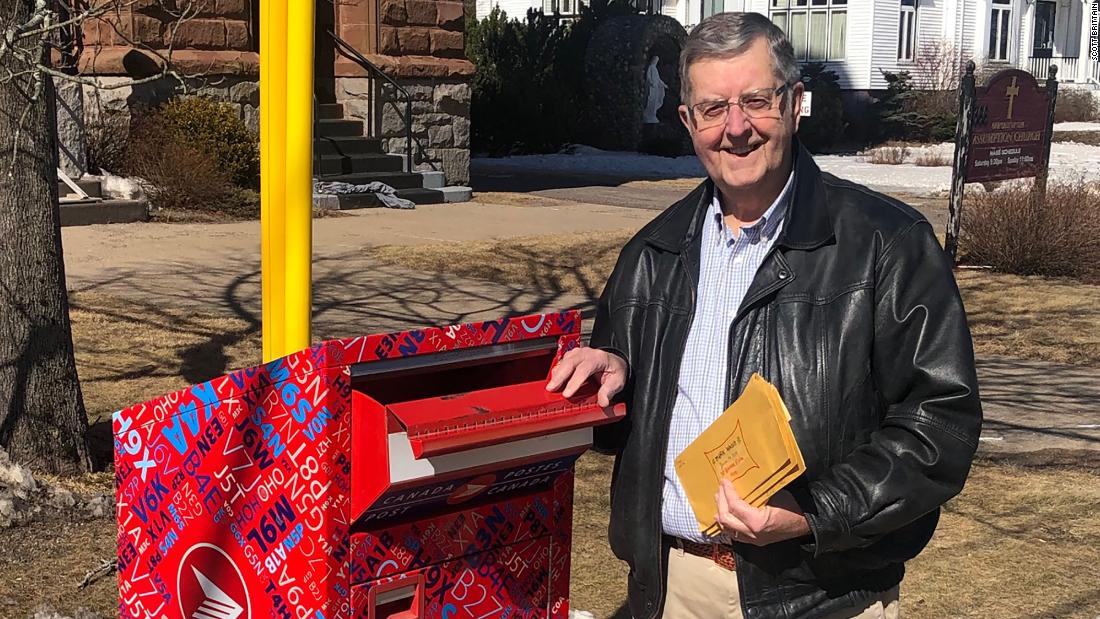 In the late 1970s and the 1980s, Hugh Brittain would have his Grade 6 students at Havelock Elementary School in Saint John, New Brunswick, keep a diary for a week as a creative writing exercise.

“They would seal them up and I gave them free rein to write whatever they wanted to — what was bothering them, or what was important in their lives at that time,” Brittain told CNN.

He never read the diaries, but he held on to them so that he could return them at graduation and have his students look back at what they were like at 12-years-old.

When he retired in 1995, he packed his papers — including dozens of diaries that he wasn’t able to deliver — into a box of memorabilia from his 34-year teaching career.

The school closed and was demolished in 2016, according to the CBC, which is a CNN partner.

Brittain, 78, was able to get some of the diaries back to their authors a few years ago after a school reunion, but he still had 26 left.

“I’ve kept them all these years, and I didn’t know what to do with them, I didn’t like to dispose of them and so I thought I’d give it one more try,” he said. “After keeping some for 43 years, I figured it was time to be sure they got delivered.”

“I don’t know why I did it in certain years,” Brittain said. “It just worked out that way.”

It turns out he didn’t just save the diaries.

When Maria Yelle commented on his post, Brittain remembered her right away and posted five pictures of drawings she’d made for him when she was his student in 1986.

Yelle now lives in Wisconsin and says her daughter, who is going into the sixth grade, is showing similar creativity.

Brittain said it’s been interesting to hear back from former students who now live all over Canada.

Austin Hutton, 45, has moved across the country to Fort St. John, British Columbia, but he told CNN that his mom told him about the post.

Hutton vaguely remembered keeping the diary back in 1988 but had no idea what was inside the envelope that he’d decorated with drawings of baseballs.

He’d written “MY DIARY TOP Secret Keep Out” in green ink on the front cover.

Inside, he talked about mowing lawns and saving money to buy a new bike, playing sports with his friends, driving a tractor, buying candy, and winning free bottles of pops. He signed each entry “Love Austin.”

Much of the diary focused on his crush on “the prettiest girl in the class.” Hutton was able to get her phone number but said he never asked her out.

“They thought it was hilarious to see their dad all, kind of, gaga over girls, and they were impressed by how neat my handwriting was, my printing,” he said.

Hutton said his youngest son, A.J., is the same age that he was when he wrote the diary and it reminded them how different growing up is for kids today.

“We didn’t have all the video games and electronics, everything was books and outside,” he said.

Hutton described Brittain as a phenomenal teacher and said he was one of the handful he’s remembered throughout his life.

He said he got “emotional chills” when he received the diary, not only because it was a time capsule from his life, but because his teacher cared enough to save it for 33 years.

“For somebody to have had the kindness, or the heart, to want to hold on to that to eventually share it, or find a way to share it no matter what, that just speaks volumes,” Hutton said.

Brittain was still trying to return seven diaries when he talked to CNN on March 6.