Women may have a disadvantage when it comes to retirement | Business 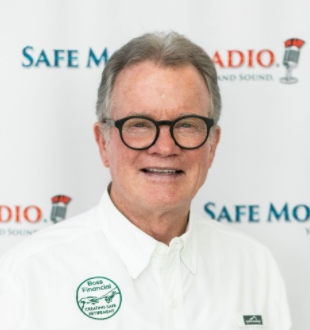 ”Financial wellness is your ability to manage your money while you also prepare for the future.” — Lyle Boss

Achieving financial fitness by creating and growing wealth is a goal for most of us, but it is especially critical for women in the workplace. Women still working who are nearing retirement report much more fear than their male counterparts when it comes to their ability to pay for medical expenses, their children’s’ education or assist elderly family members.

While employers have become better at developing programs to help their employees make better financial decisions, participation in such programs remains low, around 31%, according to benefits experts.

Low participation in employee programs is one reason why women remain more likely than men to feel stressed about money, debt and retirement issues. Another reason is that, by age 43, the average woman has only around $119,000 in investable assets compared to $196,000 for a man the same age.

Women, especially divorced and widowed women, face a series of complex hurdles when it comes to being prepared for retirement. For example, many women in the workforce experience an earnings trajectory that makes them substantially less than their male counterparts. In addition to earning less money, women generally outlive men and have to plan for more years without income. Because of this pay gap, women tend to contribute significantly less to their retirement accounts and savings. The earnings gap then turns into a shortfall of retirement income that can result in running out of money before they die.

Several factors are influencing the earnings gap, including the role of caregiving. Women frequently assume caregiver roles, first as mothers and later as wives who must care for their elderly parents, in-laws and spouses. They do this much more frequently than their male counterparts (over 60% of caregivers are women) and often during their prime earning years.

What does this mean for you or the women in your life?

According to experts, 50% of women who choose to stay at home to take care of their families have no plans for retirement. This lack of planning means that they will be even more dependent on Social Security.

Social Security has multiple issues, as we all know. One of them is that the current configuration of Social Security often penalizes dual-income earners.

Policymakers, faced with a crisis, are scrambling to find solutions to this issue, such as adjusting current spousal benefits and crediting people for time spent as caregivers. There is even talk of creating some a universal savings vehicle that would allow more women to save for retirement, whether or not their employers offer 401(k) or other plans or providing more paid family leave for caregivers.

But all these changes take time. The COVID-19 pandemic is forcing Americans to realize just how critical having multiple sources of income is, both in the short and long term.

The pandemic has shone a light on our retirement system’s fragility and the rapidity with which things change. For women, it’s critical to start saving and protecting investible assets as early as possible.

Lyle Boss is a member of Syndicated Columnists, a national organization committed to a fully transparent approach to money management. Contact him at 801-475-9400 or