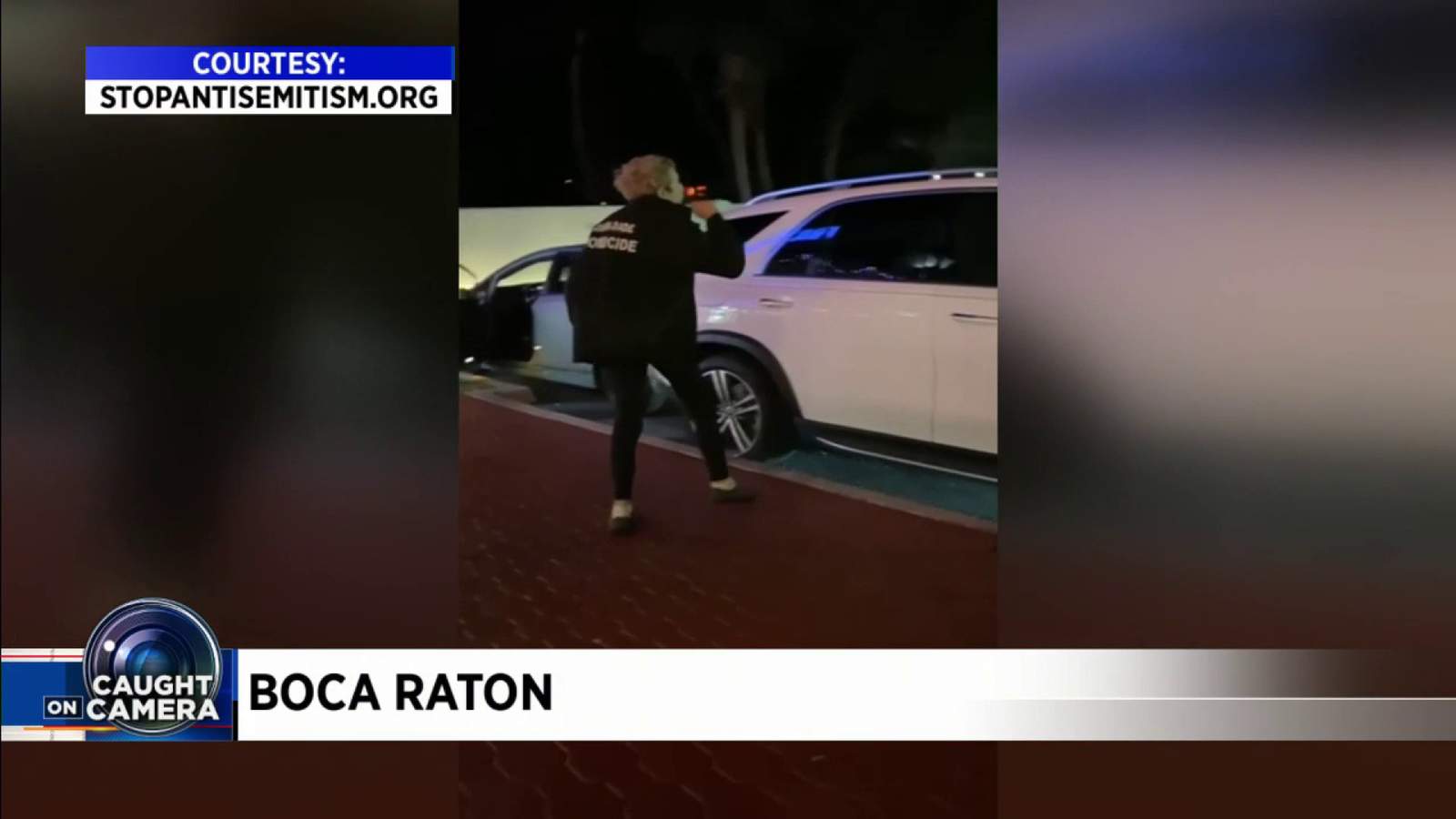 BOCA RATON, Fla. – A shocking and vulgar rant was captured on camera in Palm Beach County over the weekend.

In the video, a woman wearing a Miami-Dade Homicide jacket was spewing anti-Semitic slurs at a couple.

Local 10 has learned this happened outside a restaurant in Boca Raton on Saturday evening.

The woman appeared to be angry about a white SUV that was stopped in the street.

The woman then proceeded to bang on the front-passenger-side window of the vehicle.

The person who recorded the video said she believes the woman was drunk.

The Miami-Dade Police Department confirmed the woman is a retired civilian employee, adding “This hateful speech is appalling and does not represent the values of MDPD.”