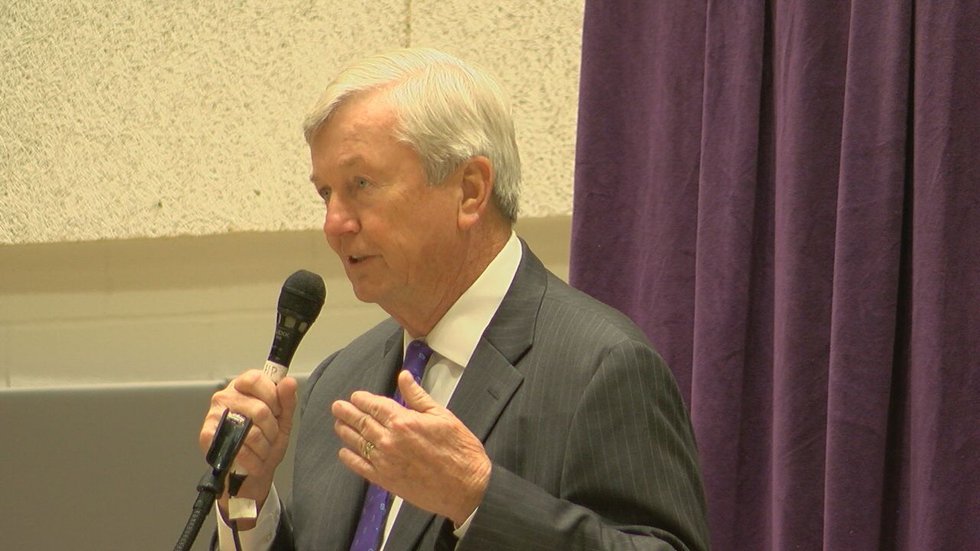 NACOGDOCHES, Texas (KTRE) – It was only fitting that one of the first college towns Texas A&M head coach Gary Blair visited before retiring at the end of the season would be Nacogdoches.

At the age of 40, Blair’s first head coaching job in college basketball came with the Ladyjacks at SFA. Blair is a member of seven halls of fame, including the Women’s Basketball Hall of Fame. He has amassed 838 victories, which is the 12th most in Division I history and fourth among active coaches. Since he came to Aggieland in 2003, he has led the Aggies to the 2011 NCAA Championship and won five conference titles, including the 2021 SEC regular season Championship. Blair has been a part of three National Championships, and has made six Final Fours, eight Elite Eights, 17 Sweet Sixteens and 30 NCAA Tournaments throughout his 41-year collegiate coaching career. He enters his final season boasting 16-straight NCAA Tournament Appearances and 20-win seasons.

In recent weeks, SFA staff and coaches have praised the work of Blair and Sue Gunter as the pillars that have built the program to what it is today.

“All the wins were special,” Blair said. ‘All the teams were special. You always had players but you wanted to see what the young women are doing after graduation. To me that is just as special as the W’s. I keep up with almost everyone of them that played for me.”

Blair and his 23rd-ranked Aggies will welcome SFA to College Station on November 18.

“It is a small program here but you can still win at this level,” Blair said. “If you look at men’s basketball Gonzaga played for a national championship. Baylor won it and that is not a mega school. There is always talent no matter what level. You can win if you get the commitment from the town, if you get the commitment from the administration, you can win at the highest level. SFA will win a lot more games. I just hope they don’t win when they come and play me.”