Who Will Take The Lead After Beckerman’s Retirement? 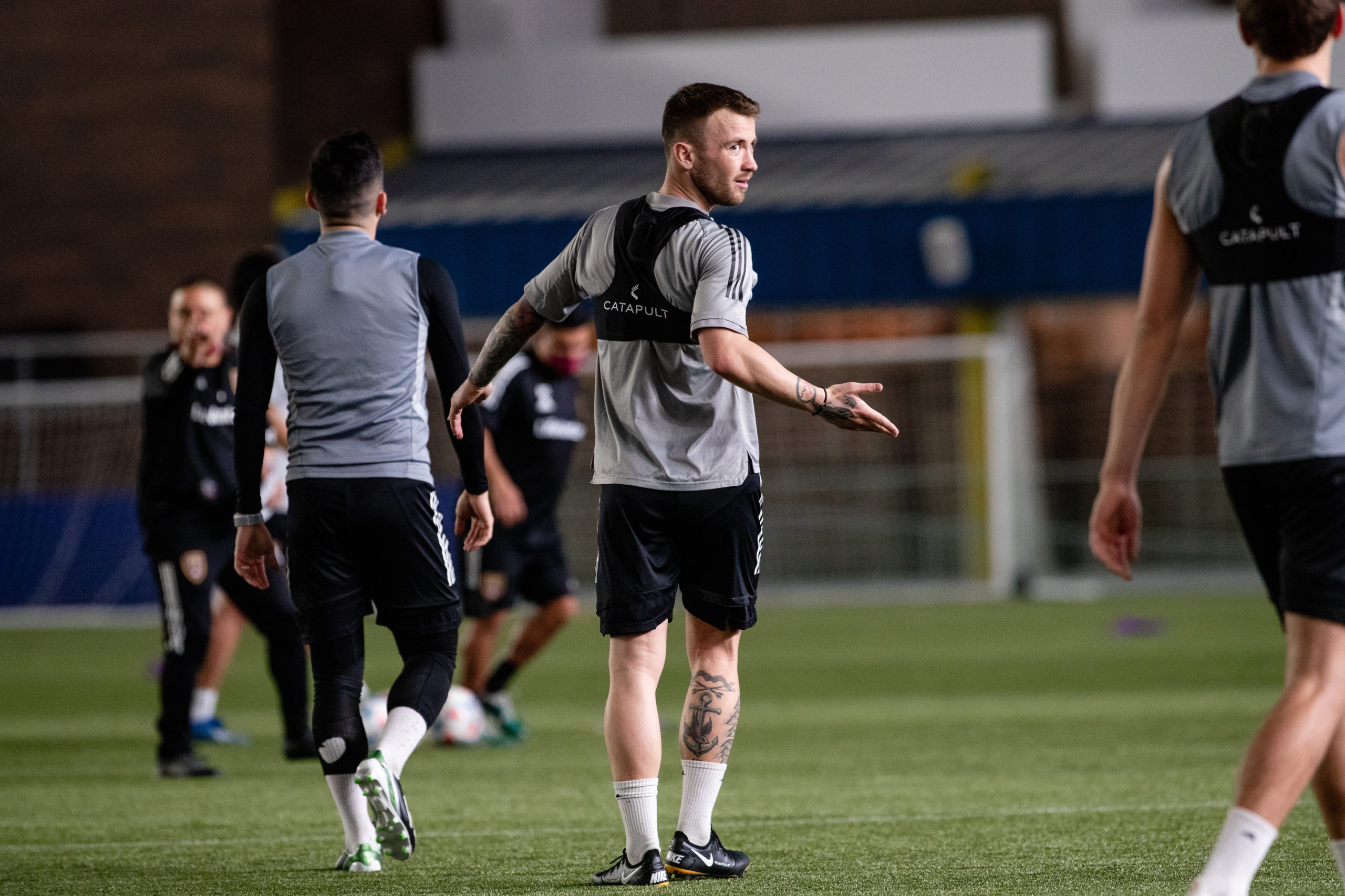 Real Salt Lake returned to the pitch at the Zions Bank Training Center on Monday after a week of voluntary training camp sessions.  With the regular season opener fast approaching on April 17, Head Coach Freddy Juarez has a few tasks to complete ahead of his second season at the helm.

One thing on his checklist is determining a captain.  After 14 seasons with Real Salt Lake, longtime captain Kyle Beckerman retired following the 2020 season, leaving a large gap in leadership with a club that hasn’t needed to question who the leader in the locker room has been since his arrival in 2007.  Couple that with the retirement of Nedum Onuoha, another commanding voice in the locker room, and the opportunity for a leader to arise has never been more evident.

While the inclination may be for some to seek out the one voice that will fill that void, Juarez plans to lean on several players to lead the team until that one voice emerges.

“It’s going to be a tricky year with qualifiers and the Olympics.  We need to find two or three players so that if people are missing we have someone to fill the void,” said Juarez, naming the likes of Albert Rusnak, Damir Kreilach, Marcelo Silva, Aaron Herrera and others who provide leadership in different ways.  “But it’s not all on them.  It’s a group of leadership.  The more guys we can get thinking the same, the better it is overall for everybody.  That’s what makes championship teams.”

Rusnak, for one, agreed with Juarez.  After acknowledging the indelible mark that Beckerman leaves on the organization – calling him an icon – Rusnak also pointed out the egalitarian approach to leading in the locker room moving forward.

“Everybody has to be a leader.  There’s not going to be just one person that this all falls onto now,” the 26-year-old standout said.  “There are more people that can lead in different ways – by the way you play, by the way you train.”

The players have adopted that approach, knowing that as long as they are all pushing in the same direction they are more likely to reach their goals.

Such was the case in the final weeks of the off-season.  As preseason approached, one-by-one more players came in for voluntary workouts at the club’s practice facilities.  While some were gearing up for international duty, others were just eager to get back with their teammates and start working toward the common goal of improving over a disappointing finish in 2020.

As more players showed up, walking past Juarez’s office on the way to the locker room each morning, his eagerness grew for the upcoming season.

“When I saw that, it was nothing but goosebumps.  We are not happy with what happened last year.  The only way you can fix that is with work,” he said.  “When you see that from the early stages from a group of players and it trickles down to more players, it gets me excited to work with the players because we know their mindset.”

That sign of leadership from the players, who organized the sessions, set the tone for Monday’s session and beyond.  Although Herrera and Justen Glad are away with the U.S. U-23 National Team preparing for the Concacaf Olympic Qualifying tournament, they also figure to play big roles in steering the team into the future.

“When you’ve been around this long and you’ve seen the ropes … Kyle was there for me, who is going to be there for the young guys coming through now?  We are the guys that need to be the examples and create that culture,” said Glad, who is entering his eighth season with the club at just 24 years old.  “Kyle and Ned did an amazing job of creating that culture and now it’s our jobs to keep that going.”

Herrera echoed and amplified that sentiment – that it is up to the group to determine the way it is lead in the locker room.

He said, “It’s an opportunity to grow a lot and could bring us closer together as a team.”