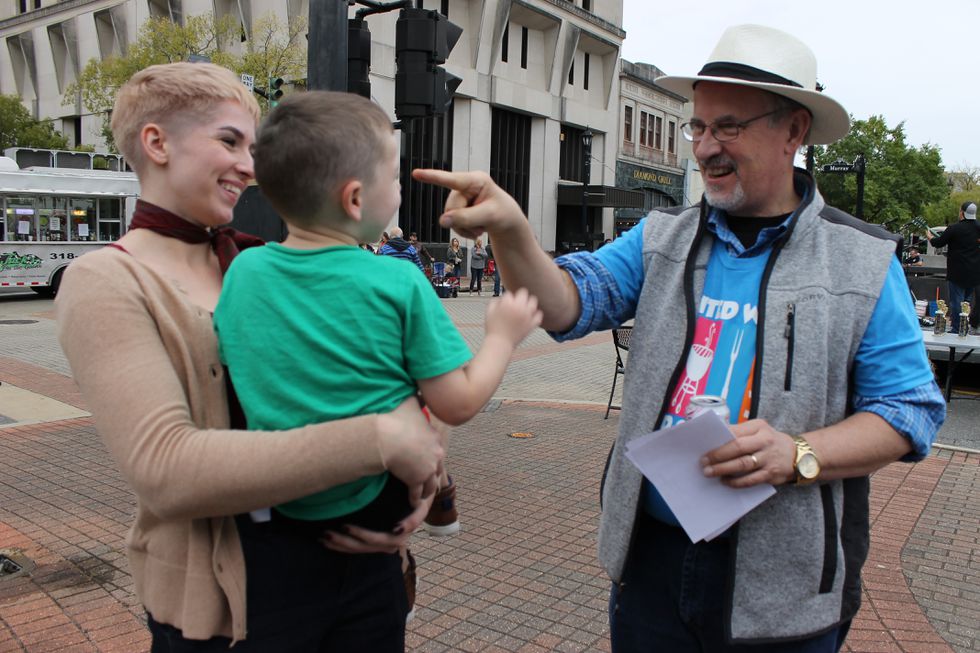 “It’s been a great place to live for a third of my life now,” said Britt.

To sum up what Britt has accomplished over the last three decades is close to impossible. The United Way CEO started his career in Kentucky before he and his wife came back to Louisiana when the CEO position opened up here.

Britt got straight to work, building a successful reputation for the non-profit.

“We put together over the years, policies, channels for doing things so that we built a reputation of being reliable and trustworthy.”

He’s accomplished things like the ‘Safe Neighborhood Project,’ which has caught the attention of other United Way’s across the country.

“The ‘Strong Neighborhood Project’ helps people get to know their neighbors and if they’re in trouble, neighbors come together to help out,” said Britt.

Last year when the pandemic hit, the non-profit went into disaster response.

“We had 29 partners across 10 parishes thanks to the Rapides Foundation and the Blue Cross Foundation,” said Britt.

“We need to continue to come together as a community for the next couple of years to help families become whole again and get over the hurricane,” said Britt.

Along the way, Britt received a ‘Peace and Justice’ award for his role in establishing the ‘Family Justice Center.’

“It took four years of conversation and lining up funding, but we came up with the Family Justice Center,” said Britt.

In 2019, the United Way won the best non-profit award from the Central Louisiana Chamber of Commerce.

“Non-profits fill in gaps that nobody else addresses and they’re worth addressing,” said Britt.

“I think they’ve been around so long, often people take them for granted and forget that if you don’t take part actively, if you don’t donate or volunteer, these organizations won’t exist.”

Organizations that make a difference, just like Britt has for the Cenla community.

“A lot of people have lives that are measurably better because of our non-profits here. And being part of that network has really been a meaningful experience for me.”

Thursday, there will be a drive-by retirement parade for Britt.

From 3 until 5:30 p.m., you can stop by the England Airpark Community Center Circle Driveway at 1718 Kegleman Boulevard in Alexandria to drop off a card, grab some treats and say goodbye to Britt.

Michelle Purl, who started last week, will take over as the new CEO. Britt’s last day at the United Way is Friday.